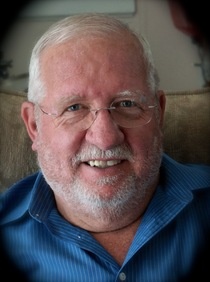 A Mass of Christian Burial will be held at 10:00 a.m. on Thursday, August 20, 2015 at St. Elizabeth Seton Catholic Church for Fred James Souther, 70, who passed away on Sunday, August 16, 2015 at his residence.  Father Gary Schexnayder, Pastor at St. Elizabeth Seton Catholic Church, will officiate the ceremony.  Lectors will be Diane Zerangue and Diane Triche.  Gift Bearers are Olivia Delahoussaye, Sophia Delahoussaye, Hannah Himel, and Natalie Himel.  Interment will take place at Greenlawn Memorial Gardens.
He is survived by his wife, Linda Caubarreaux Souther of Carencro;  two daughters, Laura Ann Delahoussaye of Broussard, and Julie Marie Himel and her husband Craig of Alexandria, VA;  one son, Edward Souther of Carencro;  one sister, Margaret Ann Lynch and her husband Dick of Carencro;  and six grandchildren, Ben Souther, Ashton Souther, Olivia Delahoussaye, Sophia Delahoussaye, Hannah Himel, and Natalie Himel.
He was preceded in death by his parents, Lois and Walter Souther, Jr.;  one son, Roy Anthony Souther, and one brother, Captain Walter Alvin Souther III.
Fred was born on May 29, 1945 in Houma, Louisiana to Walter and Lois Guidry Souther.  He met his loving wife of 48 years, Linda Caubarreaux Souther, while attending the University of Southwestern Louisiana in 1965.  They later married on December 27, 1966.  Fred enlisted into the U.S. Air Force in 1967, served one year, and was discharged honorably after his brother’s death in the Vietnam War.  He retired from Lafayette Consolidated Government after 22 years in 2012.  He enjoyed listening to music, playing drums, and most of all, fishing.  Fred was an active and dedicated member of St. Elizabeth Seton Catholic Church, where he served as a minister of welcome.  Fred passed away peacefully in his home after a short battle with renal cell carcinoma.  He was a loving and devoted husband, father, friend, and will be sadly missed by all.  Always willing to help out anyone in need, Fred never knew a stranger.  He touched many lives, and was a true gift from God.  His memory will live on, and he is now with our Father in heaven.
Pallbearers will be Craig Himel, Charles Richard Lynch, Jr, Anthony Dana, Neil Cade, Edward Souther, and Ben Souther.
Visitation hours will be observed on Wednesday, August 19 from 2:00 p.m. until 8:00 p.m., and on Thursday, August 20, 2015 from 8:00a.m. until time of service.  A rosary will be prayed on Wednesday evening at 6:30 p.m.

To order memorial trees or send flowers to the family in memory of Fred Souther, please visit our flower store.