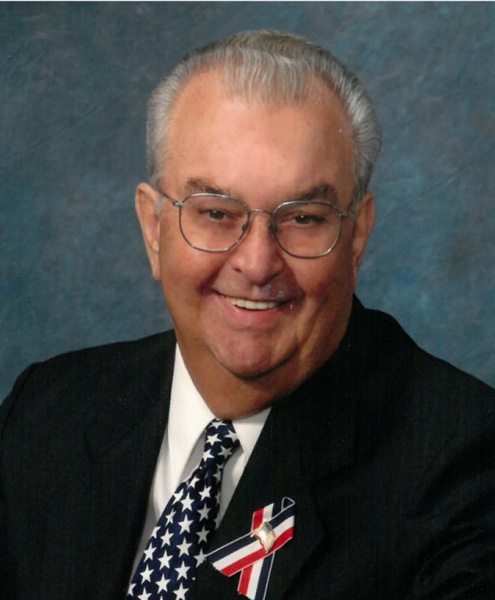 A Mass of Christian Burial will be held at 11:00 am on Wednesday, May 2, 2018 at St. Elizabeth Seton Church for Gene Alvin "Pa Bon" Melancon, 83, who passed away April 29, 2018. Father Gary Schexnayder will be the Celebrant of the funeral Mass and will conduct the funeral services. Marie Moreau and Michelle Clements will be the lectors; Francis Mouton and Christy Richard will be the gift bearers. Interment will follow the mass in Greenlawn Memorial Gardens.
Survivors include his wife Norma Jean Melancon and one nephew, Michael Melancon.
He was preceded in death by his parents, Herman Gene Melancon and Thelma Marie Melancon; and one brother, Ronald James Melancon.
Gene was a native of Carencro and resident of Lafayette for most of his life. He was a member of the United States Navy and the Knights of Columbus. He worked for the City of Lafayette as a power plant operator for many years.
Pallbearers will be Chad Clements, Jesse Picard, Casey Picard, Rocky Picard, Wayne Mabry, and Isaac Richard.
The family requests that visitation be held at Walters Funeral Home Wednesday morning from 8:00 am until time of services. A rosary will be led by his cousin Sister Laura Melancon at 9:00 am.

To order memorial trees or send flowers to the family in memory of Gene Melancon, please visit our flower store.