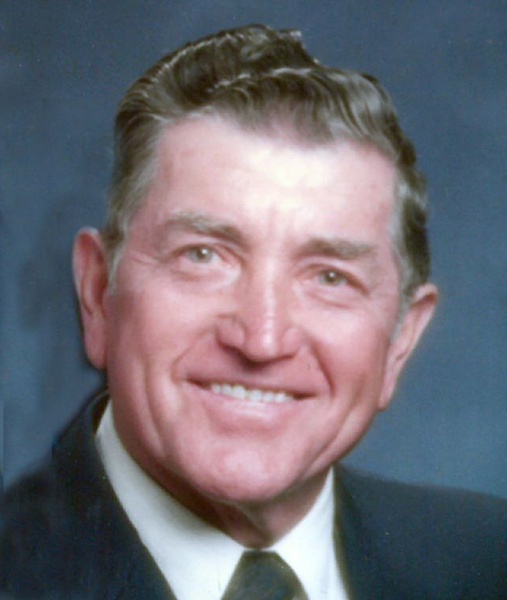 A Mass of Christian Burial will be held  Monday, November 12, 2018 at 10:30 am at St. Leo the Great Catholic Church for George Clause Jr., 93, who passed away November 9, 2018. Father Duston Dought, pastor of St. Leo, will be the Celebrant of the funeral Mass and will conduct the funeral services.Soloist will be Ken Holloway. Interment will follow the mass in Calvary Cemetery.
Survivors include his wife Gertrude; one daughter, Vicki Grossie (Patrick); one son, Terry Clause (Wanda); and five grandchildren, Blake (Hailee) Grossie, Lauren Grossie of Austin TX, Adam Clause (Jenn), Austin Clause (Kellie Boudreaux), and Amy Clause.
He was preceded in death by his parents, the former Emithilde Boudreaux and George Clause, Sr.; two sisters, Doris Richard and Roma Clause, and one brother, Ewell Clause.
A native of Sunset and resident of Lafayette for most of his life, George was a World War II veteran, having serving in the United States Navy's Sea Bees. He retired from Southern Pacific Railroad Company as a blacksmith welder in the Lafayette Division.
He was dedicated to his grandchildren in all of their sporting events, and enjoyed family crawfish boils and group gatherings immensely. He was an avid outdoorsman. He was truly loved and will be missed by all who knew him.
Serving as pallbearers are Blake Grossie, Adam Clause, Austin Clause, Mac Figueron, David Sonnier and Patrick Grossie. Honorary pallbearers include David Allen, Jim Allen and Mauro Aguirre.
The family requests that visitation be held Sunday, November 11 from 2:00 - 8:00 pm, and resume Monday morning at 8:00 am until time of service. A rosary will be prayed at 6:00 pm Sunday evening.

To order memorial trees or send flowers to the family in memory of George Clause, Jr., please visit our flower store.