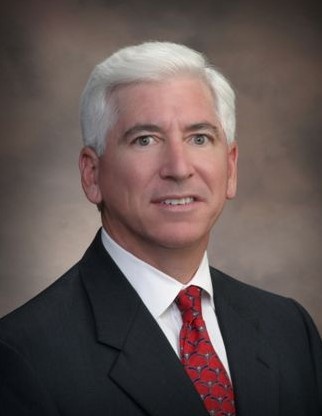 Memorial services will be held Saturday, May 1, 2021, in the Sunrise Chapel at Walters Funeral Home for George Edward Latiolais, who passed away at his home on April 19, 2021. Visitation will begin at 11:00am with a funeral mass to follow at 12:00pm, celebrated by Reverend Monsignor Keith J. DeRouen.

George graduated from Lafayette High School in 1969 and from University of Southwestern Louisiana in 1973 with a degree in business administration. He had a successful career in life insurance and investments, working primarily with Lincoln National Life Insurance Company for well over 40 years. He earned industry designations of Chartered Life Underwriter (CLU) and Chartered Financial Consultant (ChFC). He was a life member of the Million Dollar Round Table (MDRT), where he was recognized as Top of the Table. He also served on the boards of numerous industry associations, including the Society of Financial Service Professionals, the Estate and Business Planning Council, and Chairman of the Insurance Committee for The Resource Group. Community involvements included a term as President and many years as a Member of the Board of Directors for Boys and Girls Clubs of Acadiana. He also served as a member of the Parish Council at Holy Cross Catholic Church, the Lafayette Chamber of Commerce and the Founder’s Society of the Community Foundation of Acadiana.

Despite his many professional and civic duties, George’s great passion was always his family. His life choices were always shaped by the possible impact to those closest to him, and he found great purpose in serving his immediate and extended family.

In lieu of flowers, memorial contributions can be made in George’s name to Hospice of Acadiana and the Carmelite Monastery of Lafayette.

To order memorial trees or send flowers to the family in memory of George Latiolais, please visit our flower store.