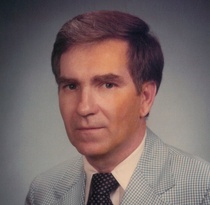 The family of George Thomas "Tom" Wilder, Sr. gathered at Greenlawn Memorial Gardens for his committal service at 10:00 am on Tuesday, July 5, 2016.
Tom was born on February 27, 1929 in Greensboro, NC and died in Lafayette on July 3, 2016.
He is survived by his two children, Lynn Tanory and her husband Richard, and Tommy Wilder and his wife Sandra, both of Lafayette; one brother, Robert E. Wilder, III of Escalon, GA; six grandchildren, Christie Wilder Meche of Lafayette, Amy Wilder of Lafayette, Todd Tanory of Houston, Bobby Tanory of Baton Rouge, Rebecca Tanory Robert of Houston, and Ashlie Wilder Sensat of Lafayette; and thirteen great-grandchildren: Conner, Catherine, and Cain Meche; Spencer Wilder; Joshua, Brooke, Anne Louise, Peter Thomas, and Rose Tanory; Johnny and Catherine Patricia Robert; and Beckham and Reese Sensat.
He was preceded in death by his first wife and mother of his children, Patricia Murphy Wilder; his second wife, Betty Bickers Wilder; his parents, the former Cornelia Durham and Robert Edward Wilder, Jr.; his son Robert "Bobby" Edward Wilder, and his great-grandson, James Richard Tanory.
As a young man Tom's father worked in the oil industry, and his family lived in Oklahoma, Texas, Mississippi, and Louisiana, but he always considered Tulsa, Oklahoma his hometown. He attended Oklahoma University.
After marriage he moved to Louisiana and made Lafayette his home for more than sixty years. He began working at John Chance & Associates in 1965 and worked there until his retirement.
The family would like to express their appreciation and gratitude to the staffs of River Oaks Retirement Manor and Cornerstone Village South, especially Christian Williford and Barbara Castille. The family is also very thankful for the care, guidance, and compassion of Pat Richard and Joanna Nguyen and the staff of Hospice of Acadiana.
Memorial contributions can be made in Tom's name to Hospice of Acadiana, 2600 Johnston St., Ste. 200, Lafayette, LA 70503 or hospiceacadiana.org; or Maddie's Footprints, PO Box 404, Youngsville, LA 70592 or maddiesfootprints.org.

To order memorial trees or send flowers to the family in memory of George "Tom" Wilder, please visit our flower store.