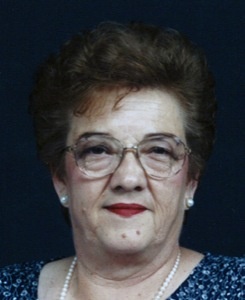 Geraldine Fletcher, 72, passed away at her residence on May 29, 2012 after a brief illness. Private funeral services will be held at a later date.
She is survived by her husband, Stanley Eugene Fletcher of Lafayette; two daughters, Gayle Fletcher of Lafayette and Cheryl Guillory and her husband Michael of Lafayette; one sister, Patsy Coates and her husband Carl of Eros, LA; one brother, Larry Glascock of Calhoun, LA; seven grandchildren and two great-grandchildren. She was preceded in death by her parents, Lois and Hubert Glascock; one brother, Winston Glascock; and one son-in-law, Keith J. Arceneaux.
The family requests that memorial contributions be made to Heart of Hospice, 201 W. Vermilion St., Ste. 200, Lafayette, LA 70501 or the Southern Eye Bank, 2701 Kingman St. #200, Metairie, LA 70006.

To order memorial trees or send flowers to the family in memory of Geraldine Fletcher, please visit our flower store.