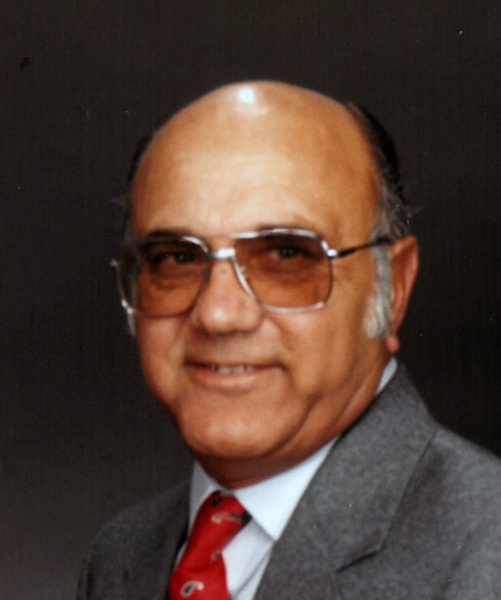 It is with sadness the family of Gladston Constantine announce his passing after 90 years on January 3, 2019. A Mass of Christian Burial will be held Monday, January 7 at 1:30 pm in the Sunrise Chapel at Walters Funeral Home. Celebrating the mass will be Father Brian Taylor, pastor of St. Genevieve Church. Anne Constantine and Beverly Fuselier will be the lectors; eulogist will be Mindi Nash. Musical selections will be performed by Jodi Bollich. Interment will follow the services in Greenlawn Memorial Gardens.
Gladston, who carried the nickname of "Candy" most of his adult life, was born on September 15, 1928. He was the son of Francois and Elizabeth Constantine and was raised in Rayne. He attended Rayne Southside Elementary and graduated from Judice High School in 1946, where he was a member of the Civil Air Patrol during World War II.
He met his one true love, Frances Guidry, in grade school, was smitten with her by eighth grade, married her shortly after graduating high school, and loved her until her dying day. They later moved to Lafayette where they raised their three children, Rickey, Beverly, and Tina.
Gladston was an avid reader, loved fishing and did woodworking in his backyard shop. He could figure out how to build anything with a pencil and scrap of paper after looking at a picture or one of the many magazine pages his wife presented to him. He spent most of his work career with Domingue, Szabo and Associates in the surveying and inspection departments. He was known for his good memory, remembering the names of the old farmers who donated land for roads and the location of the bridge of the Old Spanish Trail that crossed the Vermilion River.
Gladston is survived by his three children, Rickey and his wife Charlotte, Beverly Fuselier and her husband Kenneth, and Tina Vidrine and her husband Randy; one sister, Angelle Richard; ten grandchildren, Marc, Mindi, Lauren, Jordy, Adam, Candace, Gene, Elizabeth, Anne, and Anthony; and eleven great-grandchildren, Andre, Andrew, Payton, Emmy, Camryn, Graham, Ella, Matthew, Catelyn, Kate and Colleen.
He was preceded in death by his wife Frances; his parents, Francois and Elizabeth; four brothers, Augustus, Martin, Vernie, and Clyde; two sisters, Martha (infant), and Henrietta; and his in-laws, Cleopha and Erisse Guidry.
Pallbearers for the service will be Marc, Gene, and Anthony Constantine; Adam and Kenneth Fuselier; and Jordy Vidrine. Randy Vidrine is an honorary pallbearer.
The family requests that visitation be held on Sunday, January 6 from 10:00 am - 8:00 pm, and resume Monday morning at 9:00 am until service time. A rosary will be prayed at 5:00 pm Sunday evening.
Words of condolence may be expressed online at www.waltersfh.com.
Walters Funeral Home, 2424 N. University Ave., Lafayette, LA 70507; (337) 706-8941 is in charge of arrangements.

To order memorial trees or send flowers to the family in memory of Gladston "Candy" Constantine, please visit our flower store.