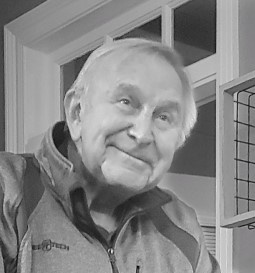 Longtime New Orleans resident Gregory Haag, Jr. passed away January 15, 2022 in Lafayette after a brief illness. He was 89 years old.
Interment will be held at a later date in his hometown of Monticello, IA
Survivors include his children Stephen (Patty) Haag and Cindy (Jim) Carey; and four grandchildren, Brie Callahan, Grant Haag, Jennifer Agee, and Eliza Carey.
He was preceded in death by his wife Claretta Haag; parents Dora and Gregory John Haag, Sr.; four brothers, Victor, Roman, Vincent and Virgil Haag; and one sister, Lucille Loomis.
Gregory loved his family and enjoyed golf, fishing, and traveling. At 19 years old and just recently married, he enlisted in the United States Air Force Reserve. He spent time overseas during the occupation of Japan after World War II.
He returned stateside and attended the University of Nebraska, where he earned his Bachelor's Degree; and later earned his MBA from George Washington University. He was employed by the Veterans Hospital Administration until his retirement in 1995.
Memorial contributions can be made in Gregory's name to the Catholic Charities of Acadiana at catholiccharitiesacadiana.org; or the Wounded Warriors Project; www.woundedwarriorproject.org.
Words of condolence may be expressed online at www.waltersfh.com.
Walters Funeral Home, 2424 N. University Ave., Lafayette, LA 70507; 337.706.8941 is in charge of arrangements.

To order memorial trees or send flowers to the family in memory of Gregory Haag, Jr., please visit our flower store.