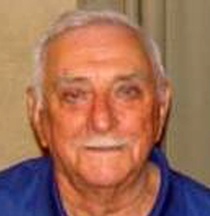 A Mass of Christian Burial will be held Saturday, December 21, 2013 at 11:00 am in the Sunrise Chapel at Walters Funeral Home for Gus J. Boulanger, who passed away December 19, 2013 surrounded by his family at his residence. He was 83 years old.

Father Brian Taylor, pastor of St. Genevieve Catholic Church, will be the Celebrant of the funeral Mass and will conduct the funeral services. Carri Boulanger and Amber Noel Accardo will be the giftbearers for the service. Valerie  Andrus, vocalist and pianist, will perform, "Amazing Grace", "How Great Thou Art", "Ave Maria," "Battle Hymn Of The Republic," and "Old Rugged Cross". Interment will be in Holy Mary Mother of God Cemetery.

Gus was a native of Lafayette and resident of Erath for the past six years. He served his country honorable in World War II in the United States Navy.

To order memorial trees or send flowers to the family in memory of Gus Boulanger, please visit our flower store.