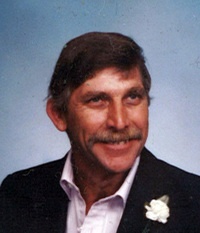 A Mass of Christian Burial will be held on Monday, August 5, 2013, at 1:00 pm, in the Sunrise Chapel at Walters Funeral Home for Harold Joseph Olivier, Jr., 63, who passed away peacefully August 2, 2013 at Maison de Lafayette after a battle with cancer. The Reverend Gil Dutel, pastor of St. Edmunds Catholic Church, will officiate the ceremony. Interment will be held in Abshire Cemetery in Lyons Point.

He was preceded in death by his parents, the former Philomene Bouton and Harold Joseph Olivier, Sr..

Harold was a native of Lafayette and long time resident of Butte la Rose, and was in the construction industry.

To order memorial trees or send flowers to the family in memory of Harold Olivier, Jr., please visit our flower store.