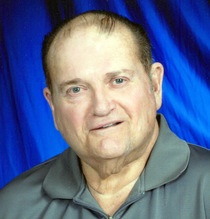 A Mass of Christian Burial will be held at 10:00 am on Thursday, February 2, 2017 at St. Elizabeth Seton Church for Hayes J, Boudreaux, 72, who passed away January 30, 2017. Father Gary Schexnayder, pastor of St. Elizabeth Seton Church will officiate the services and conduct the funeral ceremony. Lectors will be his nieces, Claudell Thibodeaux and Ashlie Bourque. Gift bearers will be his daughters, Kim Paul and Elizabeth Touchette, along with grandchildren Grace Dylan and Logan. Eucharistic ministers will be Marie Moreau, Winnie Savant, and Nel Nelson. Ron Moreau and Phyllis Simar will provide musical selections for the mass including "Be Not Afraid", "Ave Maria", "Gentle Shepherd", "How Great Thou Art.", and "Old Rugged Cross". Interment will follow the mass in St. Mary Magdalen Cemetery in Abbeville.
Survivors include his wife of 44 years Deanna Romero Boudreaux; two daughters, Kimberly Paul and her husband, Donald M. Paul of Lafayette and Elizabeth Touchette and her husband Scotty Touchette of Carencro; five grandchildren, Donald Christopher Paul, Dylan Michael Touchette, Grace Katherine Paul, Logan Hayes Touchette, and Ethan James Touchette; one sister, Faye Suire and her husband Boniface Suire of Erath; two nieces, Claudell Thibodeaux and Ashlie Bourque; and two nephews, Nicholas Suire of Erath and Scott Suire of Abbeville.
He was preceded in death by his parents, Agnes LeBlanc Boudreaux and Murphy "Mose" Boudreaux and two nephews: Ryan and Brady Suire.
Hayes was a native of Abbeville and resident of Lafayette for 44 years. He was born on August 5, 1944. After he married Deanna in 1972, the couple moved to Lafayette. He was particularly proud to be one of the founding members of St. Elizabeth Seton Catholic Church Parish started in 1975.
He worked in the freight business for 35 years prior to his retirement in 2003.Through his career, her worked for Southern Pacific Transport, Steve Thompson Trucking and most recently, ABF Trucking.
He was very interested in keeping up with his Cajun French and was a regular at the local "French Tables" (table de Francais) in Lafayette, Rayne and Arnaudville. He also volunteered to call bingo in French at a few nursing homes in Abbeville and Carencro.Other volunteer efforts included his work as a Travel Counselor on Monday mornings as the Lafayette Convention and Visitors Commission for many years.
He enjoyed traveling with bus tours and watching sports he played in his younger days such as football and Little League Baseball. He especially enjoyed reading every word of his daily newspaper.
Pallbearers will be Don Paul, Don Chris Paul, Scotty Touchette, Nick Suire, Scott Suire, and Jake Bourque.
The family requests that visitation be held Wednesday, February 1, 2017, from 1:00 - 8:00 pm at Walters Funeral Home, and resume Thursday morning at 8:00 am until time of service. A rosary will be led by Boniface Suire at 6:00 pm on Wednesday evening.

To order memorial trees or send flowers to the family in memory of Hayes Boudreaux, please visit our flower store.