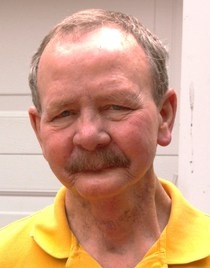 A Mass of Christian Burial will be held on Tuesday, March 8, 2016 at 2:00 p.m. in the Sunrise Chapel at Walters Funeral Home for Henry McFarlain, Sr., 71, who passed away on Friday, March 4, 2016.  The Reverend Hampton Davis, Pastor at Our Lady Queen of Peace Catholic Church, will officiate the funeral ceremony.  Interment will take place at Greenlawn Memorial Gardens immediately following the service.

Mr. McFarlain was a Sergeant in the United States Marine Corps, serving in Vietnam.  In his free time, he enjoyed gardening, golf, and spending time with his grandchildren.

The family requests in lieu of flowers that donations be made to MD Anderson Cancer Center (www.mdanderson.org) in memory of Henry McFarlain.

To order memorial trees or send flowers to the family in memory of Henry McFarlain, Sr., please visit our flower store.