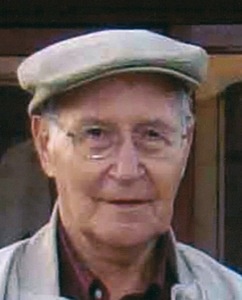 Private graveside services were held on Friday, February 17, 2012 at Greenlawn Memorial Gardens for Howard Reed, 89, who passed away on February 11, 2012.
He is survived by his wife, Bonnie Whitten Reed of Lafayette; three daughters, Barbara R. Coulon, Elaine Peschier, and Elizabeth Elkhansa, all of Lafayette; one son, James H. Reed of Ecuador; three grandchildren, Kerrie Felts, Michael Peschier, and Amy Elkhansa; and three great-grandchildren, Sophie Peschier, Klaudia Felts, and Parker Peschier.
He was preceded in death by his parents, Myrta and Frank Reed, and one sister, Buryl Marie Karam.
A native of Basile and resident of Lafayette for most of his life, Harry owned the Dairy Queen in Lafayette for numerous years. He served in the Army Air Corp during WWII and was awarded the Distinguished Flying Cross.

To order memorial trees or send flowers to the family in memory of Howard Reed, please visit our flower store.