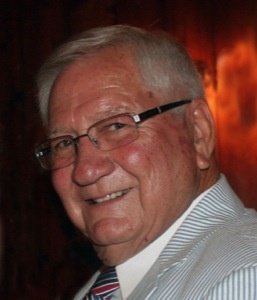 He is survived by his loving wife of 42 years, Jeanne Benoit Simon of Duson; two daughters, Aimee Simon Trosclair, and her husband Raoul of Lafayette, and Anne Simon Ewing, and her husband Joey of Lafayette; one sister, Bernice Orlowich of Rayne; one brother, John Allen Simon, and his wife Leslie of Portsmouth, VA; one grand-daughter, Heidi Beatrice Ewing; and two sisters-in-law, Mildred Simon of Duson, and Florence Simon of Port Arthur, TX.

He was preceded in death by his parents, Marie and Cyril Simon; and four brothers, Howard, Edward, Elmo, and Norris Simon, Sr.

Mr. Simon was a proud Veteran of the United States Army, having served in Germany.

A 1952 graduate of Judice High School, he attended Southwestern Louisiana Institute, and worked 36 years for Glazer Distributors, where he retired in 1999.

To order memorial trees or send flowers to the family in memory of Irby Simon, please visit our flower store.