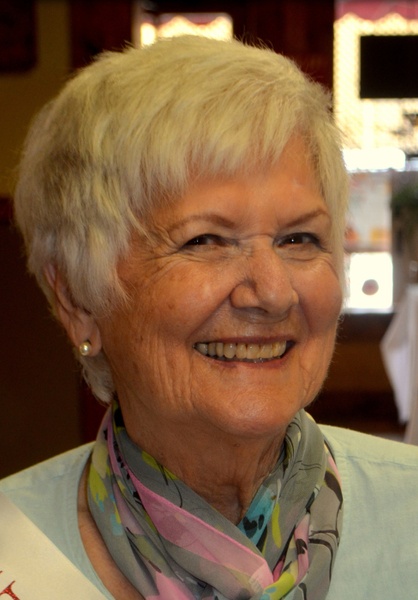 Funeral services will be held Saturday, November 3, 2018 at 2:00 pm in the Sunrise Chapel at Walters Funeral Home for Irene Mae Barras Castille, who passed away October 26, 2018 at her residence surrounded by family. She was 92 years old. Private family inurnment will take place in Calvary Cemetery at a later date.
Irene was born on September 27, 1926 in Leroy, La.
Left to cherish her memories are her four children, Ricky (Theresa) Castille, Becki (Bob) Johnson, Daisy Castille, and Annette Guidry and her fiancée Wynn Carbo, all of Carencro; two stepsons, Bobby (Peggy) Castille, and Carrol Castille, all of Lafayette; one sister, Hazel Faulk of Lafayette; one brother, Edward Barras of Mooringsport, La.; twenty grandchildren, twenty-nine great-grandchildren, and four great great-grandchildren.
She was preceded in death by her husband of 53 years, Louis "Snook" Castille, her parents, the former Effie Landry and Edward Barras; two daughters, Linda Daigle Gautreaux and Charlene Daigle Dupuis; one grandson, Shannon Castille; and two great-granddaughters, Brooklyn Picard and Sophia Broussard.
Irene was a resident of Lafayette for most of her life, and was very proud of her Cajun heritage. She was a master in the kitchen, always making sure to feed whomever was visiting. She was an avid gardener, and enjoyed canning many jars of her freshly grown fruits and vegetables. She also had a passion for sewing, crocheting, and fishing.
She will be remembered as one who loved her family unconditionally. We are content she is at peace with God, and are glad her suffering has ended.
Pallbearers will be Sean Gautreaux, Tra Dupuis, Johnathan Castille, Derek Johnson, Eliot Johnson, Jared Capritto, Andy Castille, and Cameron Guidry. Honorary pallbearers include Jimbo Castille, Joey Castille, Carlton Castille, and Norman "Silo" Solomon.
The family requests that visitation be held Saturday morning from 9:00 am until time of services.
Special acknowledgements are made with deep appreciation to Jarred Verrett with St. Joseph's Hospice.
Memorial contributions can be made in Irene's name to St. Joseph's Hospice, 923 W. Pinhook Rd., Lafayette, LA 70503; or to the American Cancer Society (www.cancer.org).

To order memorial trees or send flowers to the family in memory of Irene Castille, please visit our flower store.