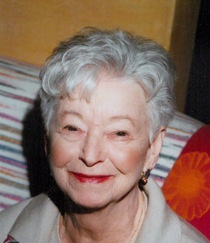 A rosary service was held at Walters Funeral Home on Wednesday, May 31, 2017  for Irene M. Roy, who passed away on May 28, 2017. She was 93 years old.
Deacon Cody Miller led the rosary and interment rites held in Calvary Cemetery.
She is survived by her two daughters, Faye R. Hornback and her husband Larry of Broussard, and Christine "Chris" Roy of Lafayette; one son, Glynn Roy and his wife Jenny of Milton; five grandchildren, Jason Hornback and his wife Paula, Ryan Hornback and his wife Ashana, Kenny Crouch, Casey Crouch and his wife Jeri Lynne, and Danny Roy and his wife Jennifer; and eight great grandchildren, Hayden,Tanner, Taj and Naya Hornback, and Elizabeth, Adam, Anna Kate and John Thomas Crouch.
She was preceded in death by her parents, the former Inez Guidry and Cesaire Miller, III; her husband Charles J. Roy, Jr.; her brother Cody Miller and her sister Audrey Ducharme.
Pallbearers for the service were her four grandsons, Jason Hornback, Ryan Hornback, Danny Roy and Casey Crouch.
Special recognition is given to Stella Rose Henry, Vicky Wiggins and Anna Solomon for their care and support given to the whole family, and especially to Mrs. Irene.
Memorial contributions can be made in Irene's name to St. Jude's Children Research Medical Center at stjude.org.
Online condolences can be left for the family at waltersfh.com.
Walters Funeral Home, 706-8941 is in charge of arrangements.

To order memorial trees or send flowers to the family in memory of Irene Roy, please visit our flower store.