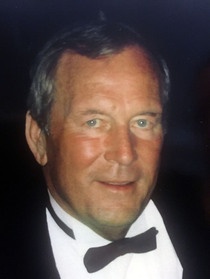 Jack Ray Cochran passed away at the age of 75 on February 27, 2016 in his Lafayette, LA home.  He was preceded in death by his wife of 50 years, Martha Ann Cochran, his parents, Mr. and Mrs. James Lee Cochran, his sister Donna Cochran Steele, his brother James Lee Cochran, and his mother and father in in law Mr. and Mrs. Gordon Dees Gill.   He was born in Ponca City, OK on January 1, 1941.  He later moved to Lake Charles where he stayed through high school, and spent most of his adult life as a resident in New Orleans, LA.   He spent the last 2 years of his life retired at his daughter’s home which became his home in Lafayette, LA.    He was the loving father of and is survived by his three children, Julie Cochran Bourque (Craig Bourque), Jonathan Ray Cochran (Shelly Steib Cochran), and James Gordon Cochran (Sharon Foret Cochran).  Loving Grandfather of Stephen Craig Bourque, Jr, Megan Nicole Bourque, Grace Ann Mabry Hill, Emma Lea France, Mitchell Douglas France, Jr, Evan James Cochran, Everett John Cochran, and Emerson Jack Cochran.  Jack is also survived by one brother, Robert James Cochran (Mildred Butchee Cochran), one sister, Lavona Cochran Rudolph (Royston Rice Rudolph, Jr), sister in laws Jacquetta Cochran, Gretchen Gill Bulloch, Francis Gill Martin (Donnie Martin) and numerous nieces and nephews.
Mr. Cochran was a graduate of LSU School of Landscape Architecture.  He was a licensed Landscape Architect, and elevated to the Fellowship in the American Society of Landscape Architects in 2003.  He co-founded the award winning firm of Cashio Cochran, and was a lifelong friend and business partner of the late Carlos John “CJ” Cashio.  His high standards of honesty and personal integrity and thorough knowledge of design were imparted to those who worked with him.  As a nationally recognized recreational planner and zoo designer, Mr. Cochran won national awards for the redevelopment of Vieux Carre Riverfront, Audubon Park Zoological Garden, Louisiana Swamp Exhibit, Woldenberg Park, and the Southbank Riverwalk in Jacksonville, FL.  He was a landscape architect for the World War II Museum in New Orleans, Louisiana World Exposition, Louis Armstrong Park, and the Audubon Park Golf Course.  Mr. Cochran worked countless hours to restore the New Orleans City Park after Hurricane Katrina, completing the Master Plan, the restoration of the North Golf Course, Big Lake, the Great Lawn, and the Tennis Center.  His most recent projects included the design and construction of City Putt in New Orleans City Park.  The combined efforts of Mr. Cochran and Mr. Cashio had a tremendous impact on the cityscape of New Orleans.  They were involved in the creation of almost every major urban space in the city.  Millions of people have enjoyed the fruits of his talents, and will continue after his passing.  His projects held a sensitive respect for the history and charm of New Orleans while still incorporating contemporary design elements in exciting and dynamic ways.  Jack was also an avid fisherman, hunter, and enjoyed cruising in his 1930 Model A Ford during his retirement years.
Visitation will be on Tuesday, March 1, 2016 at First Methodist Church, Lake Charles, LA, from 11:00 to 1:00 followed by a memorial service.  In lieu flowers, memorial donations may be made to Love of People, 428 Highway 182, Sunset, LA  70584 or the National WWII Museum, Tribute Donation, 945 Magazine, St., New Orleans, LA  70131.

To order memorial trees or send flowers to the family in memory of Jack Cochran, please visit our flower store.