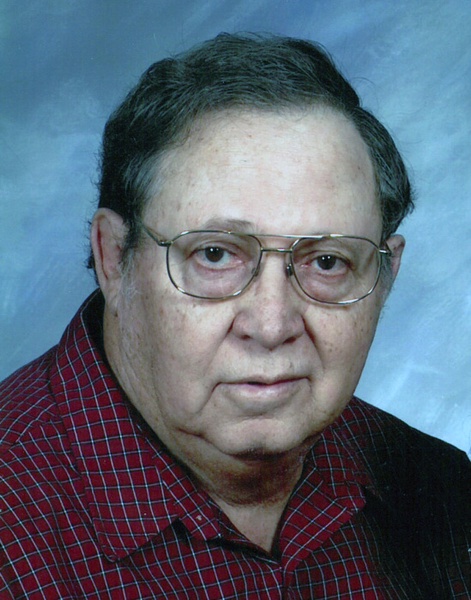 A Mass of Christian Burial will be held at 1:30 pm on Monday, December 7, 2020 at St. Genevieve Church for Jack W. Granger, 85, who passed away December 2, 2020. Reverend Brian Taylor, pastor of St. Genevieve, will be the Celebrant of the funeral Mass and will conduct the funeral services. Marsha Granger and Elizabeth Landry will be the lectors, and Jodi Bollich will perform these musical selections: "Amazing Grace", "Shepherd Me, Oh God", "Ave Maria", "Be Still" and "You Are Mine". Interment will following the mass in Calvary Cemetery.
Survivors include his wife, Audrey Singleton Granger; daughter, Jennifer G. Watson and her husband Jonathon of Lafayette; two sons, Kenneth Jude Granger and his wife Marsha of Youngsville and James Patrick Granger of Lafayette; five grandchildren, Ashley Hardy Tiblier, Kane T. Granger, Sara Elizabeth Granger, Kayla Jolie Watson, and Abigail Megan Watson; and four great-grandchildren,  Landen Michael Crase, Olivia Christine Tiblier, Tanner Tiblier, and Harrison Tiblier.
He was preceded in death by his parents, the former Eunice Delahoussaye and William Granger; three brothers, William Granger, Gilbert Granger, and Lawrence Granger; and two sisters, Ethel Boutte and Anita Griffin.
Jack was a native of St. Martinville and resident of Lafayette for most of his life. He was a member of the United States Army, and was the owner/operator of the Wilbert Granger Upholstery shop. He enjoyed spending time with the Inseparable Friends Benevolent Association of Opelousas in his free time.
Pallbearers will be Kane T. Granger, Lawrence Granger Jr., Bryant Collins, Gregory Landry, Glenn Lemelle, and Morris Griffin. Honorary pallbearers include Larry Granger, Darryl Fontenot, Randy Tiblier, Jonathon Watson, Paul Griffin, Norris Boutte, and Gil Guillory.
The family requests that visitation be held Monday, December 7, 2020 from 9:00 am - 1:00 pm. A rosary will be led by Sr. Doris Roy, S.E.C. at 11:00 am on Monday.
Memorial contributions can be made in Jack's name to the Wounded Warrior Project at www.woundedwarriorproject.org/donate

To order memorial trees or send flowers to the family in memory of Jack Granger, please visit our flower store.