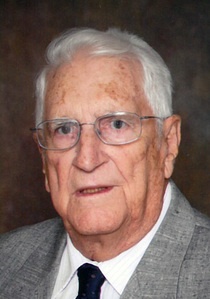 A mass of Christian burial will be held Monday, July 21, 2014 at 10:00 am in the Sunrise Chapel at Walters Funeral Home for Jack Allen Guidroz, 88, who passed away Thursday, July 17, 2014 at his residence in Lafayette.  Father Brian Taylor, pastor of St. Genevieve Catholic Church will officiate.  Readers for the service will be Glenda Sheffer and Sylvia Resch.  Gift bearers will be Stephanie Higginbotham and Rhonda Guidry.  Interment will follow in the family tomb at St. John Cemetery.

Mr. Guidroz was born on August 25, 1925 in Lafayette, the only child of Luke Guidroz of Lafayette and the former Yvonne Perot of Paris, France.  Educated in public and parochial schools, he graduated from Cathedral High School in 1942.  Following his graduation he was inducted into the Army in 1943.  Following service, he enrolled in Southwestern Louisiana Institute (presently UL-Lafayette) where he received a BA degree in education.  In 1950, he received a Masters Degree in Education from Louisiana State University.  He began teaching at Central Grammar School, the present site of the downtown library.  Thereafter, he transferred to N.P. Moss School, where he was appointed assistant principal.  In 1959, he was appointed the first principal of the newly established J.W. Faulk Elementary School, a position from which he retired.

In addition to his career in education, he was also involved in the local broadcasting, real estate, insurance and banking industries.  He was the first French announcer for the newly opened KLFY radio and founded Hub City Bank and Trust Company, where he served as a member of its Board of Directors for over twenty years, a position from which he resigned prior to its closure.

Mr. Guidroz is survived by his wife of nearly 54 years, the former Lena Vigneaux of Abbeville, and one son, David Allen Guidroz.  He was preceded in death by his parents.

Words of condolence may be expressed online at waltersfh.com
Walters Funeral Home, 2424 N. University Ave., Lafayette, LA 70507; 337.706.8941 is in charge of arrangements.
To order memorial trees or send flowers to the family in memory of Jack Guidroz, please visit our flower store.