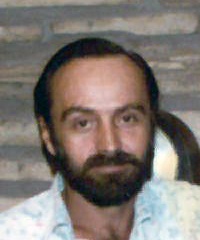 A Memorial Service will be held at 3:00 p.m. on Saturday, January 17, 2015 in the Sunrise Chapel at Walters Funeral Home for Jacob "Pete" Hooper , 71, who passed away on December 23, 2014 in Tallahassee, Florida.  Gary Funderburk, Associate Pastor of Bayou Church will conduct the service.  Inurnment will take place in Greenlawn Memorial Gardens.

He was preceded in death by his parents, Jacob Cecil Hooper and Margarite R. Hooper.

Mr. Hooper served in the United States Navy during the Vietnam Era.  He was a longtime resident of Louisiana and had been a resident of Pensacola, FL for the past 25 years. He was employed by Universal Equipment of Lafayette for many years.

The family requests that visitation be observed Saturday, January 17, 2015 from 1:00 p.m. until the time of service.

To order memorial trees or send flowers to the family in memory of Jacob "Pete" Hooper, please visit our flower store.