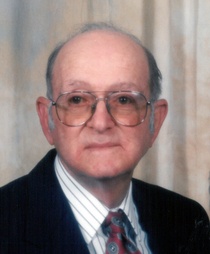 A Mass of Christian Burial will be held Saturday, November 29, 2014 at 1:00 pm in St. Peter Church in Carencro for James Clayton Huval, 92, who passed away November 26, 2014 at his residence. Father Mark Ledoux, pastor of St. Peter Church, will be the Celebrant of the funeral mass. Lectors will be Jenny Brown and Brooks Brown; gift bearers will be Jared Bower and Sarah Bower.  Interment will be in Calvary Cemetery.
Survivors include one daughter, Nancy (Jerry) Bower of Lafayette; one daughter-in-law, Willie Huval of Many, La.; four grandchildren, Joey Huval, Jamie Huval, Mark Bower and Jenny Brown; and ten great-grandchildren.
He was preceded in death by his beloved wife, Louise Grossie Huval; his parents, Dominque Huval and the former Louise Babin; one son, Johnny Huval; five brothers and seven sisters.
James was native of Breaux Bridge, longtime resident of Lafayette, and resided in Carencro for the past 30 years. He served in the United States Army during World War II, and was a welder for Southern Pacific Railroad for 30 years. He was a member of St. Peter Church. He lived a spiritual, Catholic life and was very devoted to his family.
Pallbearers will be Jerry Bower, Mark Bower, Brooks Brown, Joey Huval, Brandon Huval, and Hubert Huval. Honorary pallbearers include Jamie Huval, Liness Huval, and Harold Huval.
Visitation will be held Friday, November 28, 2014 from 3:00 - 8:00 pm at Walters Funeral Home, and resume Saturday morning from 9:00 am - 12:30 pm. A rosary will be prayed at 6:00 pm Friday evening.
The family requests that memorial contributions be made to Hospice of Acadiana, 2600 Johnston St., Ste. 200, Lafayette, LA 70506.

To order memorial trees or send flowers to the family in memory of James Huval, please visit our flower store.