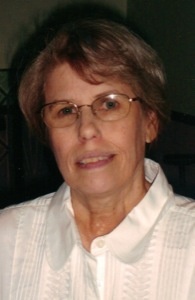 She was preceded in death by her mother, Helen Hanks Doucet; one nephew, Randy Doucet; and one sister-in-law, Carolyn Miller Doucet.

A 50 year survivor of Thyroid cancer she contracted when she was 9 years old, Mrs. Cox contracted breast cancer in 2009 and was forced to close her private Day-Care center at her home in Laurel, MS, which she had operated for over 34 years. Though the cancer was removed, it spread to her lungs and liver, and then to her brain. Treatments, which she bore with amazing grace and strength failed to halt the progress, sapped her energy and eventually removed her ability to communicate with others and move without assistance.

During the time she operated her center, she had the honor and pleasure of guiding over 120 children of Laurel and Jones County from the first few weeks of birth through their entrance into Kindergarten, continuing with some during their summer vacations. Many of the children for whom she provided care have remained close friends throughout the years and have gone on themselves to marry, have children, and enjoy workplace and educational success.

The family would like to give special thanks to Mitch, Lorita, and Taylor Gavin of Laurel, Mississippi for their special friendship to Jeannie and John over the years.

To order memorial trees or send flowers to the family in memory of Janelle "Jeannie" Cox, please visit our flower store.