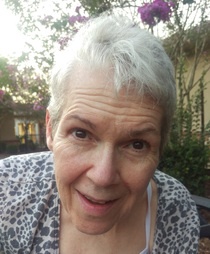 A native of Bogalusa, Janet was born at the Desporte Clinic. She is survived by her father George Robert Harvey and her “second mama” Bobbie Kennedy, both of Bogalusa; two daughters; Stacey Trahan and her husband, Mitchell, of  Youngsville;  Melissa Frieben and her husband, Ryan, of Brenham, Texas; three grandchildren; Mitch Braden, of Odessa, Texas; and Kalli and Cheney Trahan, of Youngsville; a great granddaughter, Ella Smith of Lafayette;  two sisters, Cathy Harvey Daudey and Sheila Ann Harvey, both of Broussard; three step-siblings; Tammy Green and her husband, Richard, of Jonesboro, Arkansas, Ricky Kennedy of Angie and Deidre Cassanova and her husband, Scot, of Covington and numerous nieces and nephews.

Janet lived in Grand Isle for many where years where she mastered the art of cooking wonderful seafood dishes.  Her hobbies also included fishing, crabbing and for relaxation, she enjoyed walking in the wind on the beach.

She was always thankful for the company of her boyfriend of many years, Charlie Van Pelt of Gulfport, Mississippi. As a couple they shared a love for fishing, admiring their turtles, nurturing animals and taking care of their plants. In 2007, Janet suffered complications from Parkinson’s disease and as a consequence, she spent the last nine years of her life at Camelot Nursing Facility in Broussard.  Ever true to him and Janet’s relationship, Charlie drove to Lafayette every other weekend to be with her, checking on her condition and spending as much quality time with her as he could.  Until she was no longer able, he would take her fishing, on outings to feed the birds, go to a movie, take a ride down the back roads and ultimately go to the chapel to pray.

The family would like to thank the nurses and aides who cared for Janet throughout the years and to her Hospice nurse, Judith, for making her last days peaceful.

Janet loved life - her daughters and grandchildren were her pride and joy.  As she would often say, “See ya later, alligator.”  She will be missed for her great sense of humor and her loving and caring disposition.

Donations on behalf of Janet Harvey can be made to the National Parkinson’s Foundation at 200 SE 1st Street, Suite 800, Miami, Florida 33131.

To order memorial trees or send flowers to the family in memory of Janet Harvey, please visit our flower store.