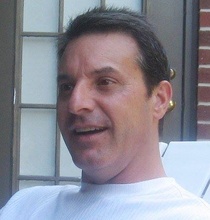 A Celebration of Life will be held from 10:00 am - noon on Saturday, June 11, 2016 at Walters Funeral Home for Jean-Andre Beard, who passed away June 6, 2016. He was 52 years old.
Survivors include his daughter, Camille Beard of Bremerton, WA; son, Ross Beard of Pueblo, CO; mother of his children, Martine Beard; mother, Marie Janet Hanks; three sisters, Nicole, Antoinette and Simone Beard; and one brother, Caliste Beard III. He was preceded in death by his father, Caliste Beard and one sister, Angel Beard.
Jean-Andre was a native of Rayne and resident of Lafayette for most of his life. He attended USL and was a member of Theta Xi fraternity.

To order memorial trees or send flowers to the family in memory of Jean-Andre Beard, please visit our flower store.