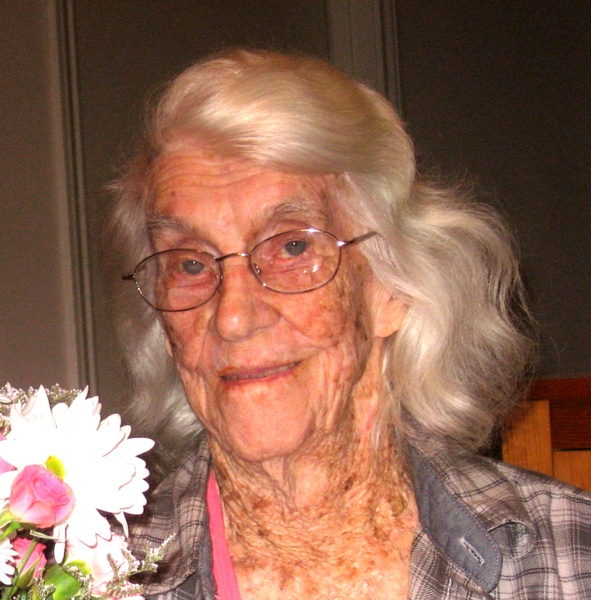 A Memorial Service will be held at 2:00 p.m. on Sunday, March 10, 2019 at Trinity Anglican Church for Jean McGregor Lindsay Berry, 99, who died peacefully at her home in Lafayette on Sunday 3 March 2019.  Her ashes will be buried in the Ruby Cemetery in Ruby, SC.  This final resting place is across the street from her maternal grandmother's house, where she was born on 13 July 1919.

Jean was raised in St. Pauls, NC.  She spent most of her life in Greensboro, NC, and her last few years in Lafayette, Louisiana.

Jean received an Associate's degree from Peace College, and a Bachelor's degree from UNC Chapel Hill.  Following graduation, she was a social worker in North and South Carolina.  She then returned to school at RPI in Richmond to study Occupational Therapy.  Following this graduation, she worked as an occupational therapist at the Polio Hospital and at the CP school in Greensboro, NC.  During this period she developed a device to allow polio victims to type or paint with their teeth.  This device was featured in a cover story in Popular Mechanics Magazine.

After taking time out to raise her children, Jean returned to school earning a Bachelor's degree at UNC Greensboro. She then taught special education classes at the Junior and Senior High level in Greensboro.

Jean was an avid gardener, weaver, knitter, and leather worker. A lifetime adventurer, she was always a child at heart.

The family expresses their heartfelt love and thanks to Jean's loving friend and caregiver Ericka Smith.

Memorial contributions can be made in her name to Ruby Presbyterian Church, P.O. Box 35, Ruby, SC, 29741.

To order memorial trees or send flowers to the family in memory of Jean Berry, please visit our flower store.