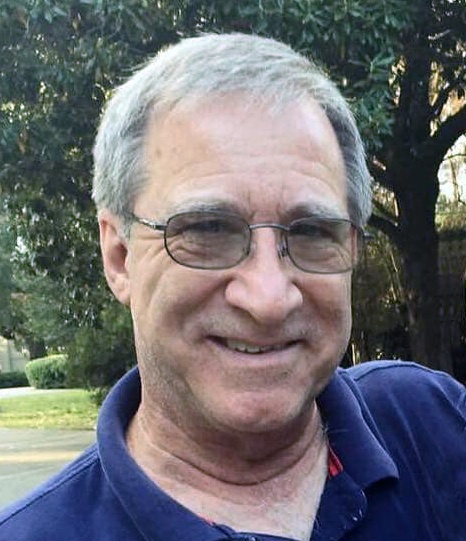 
A mass of Christian Burial will be held at 2:00pm on Friday, August 2, 2019 at St. Peter’s Catholic Church in Carencro for Jeffery “Jeff” Meaux, 69, who passed away on July 31, 2019. Members of the United States Air Force will be on hand at the burial to perform TAPS and have a flag folding. Visitation will take place at Walters Funeral Home in Lafayette, Louisiana on Friday, August, 2, 2019 from 9:00am until the time of service, with a rosary being recited at 11:00am.

Jeff was born on February 7, 1950, to Sanders and Ella Meaux. While in 5th grade, Jeff met Barbara “Bobbie” Richard, which would set into motion a love story that spanned more than 50 years. Their love as admired by many, being described as something rarely found in this world and was an inspiration for many who knew them. The very definition of soul-mates. What started off as middle school classroom sweethearts lead to them working together at Bobbie’s father’s restaurant, The Big R. It was during this time that their relationship continued to blossom throughout their high school years, leading to their union in Holy Matrimony on June 6, 1970. However, during this time the Vietnam War was brewing and Jeff answered his nation’s call to duty by enlisting in the United States Air Force that same year, where he served honorably for 4 years. Once enlisted he was eventually assigned a duty station in Germany as an Intel Analyst with a very high clearance throughout his enlistment. Staying true to his marital vows, he brought his now wife, Bobbie, along with him to live on the base while he served our country. During this time, they were famous on base for selling Bobbie’s delicious baked goods at the military canteen, and they would use the profits to travel across Europe on their off duty weekends.

After the war, Jeff and Bobbie returned home to Lafayette, LA to begin their life and start their family. Once home, they began their family with their only child, Abby, a beautiful daughter whom Jeff loved more than anything, except Bobbie and later on, his Lucy.

Jeff was a kind and quiet man of few words but at the same time, was very funny to those who knew him best. He was a hard worker and a man of the highest character. He was a renaissance man who could fix anything. This lead to a nickname his son-in-law gave him based on the action hero MacGyver, “MeauxGyver”. As a business owner in the 1970’s and later on as an outside sales representative for Oliver Van Horn Company, Jeff would use this resourcefulness as a way to provide for his family. Jeff was highly sought out by customers because they knew that they could go to Jeff with questions about products or problems they were having with equipment or projects and Jeff would be able to help them find the right part for their job. In short, Jeff was everyone’s go-to guy until his retirement in 2017.

Jeff was also an avid outdoorsman, who in his younger years loved hunting game and wingshooting near the Texas-Mexico border. When he was home, you could usually find Jeff knocking out honey-do projects for his love, Bobbie, or in his self-built workshop honing his woodworking skills that he picked up in Germany during his service.

In his later years, Jeff could be found at home still knocking out honey-dos for Bobbie or playing with his granddaughter Lucy. It was not uncommon to find an impromptu dance party or a craft project going on with Jeff and his Lucy. He always looked forward to his nightly FaceTime conversations with Lucy as well.
Jeff was preceded in death by one child, Baby Meaux, and his father, Sanders P. Meaux.
Survivors include Barbara “Bobbie” Meaux of Lafayette, one daughter, Abby Meaux Conques and her husband, Jared Conques, one fiery, spirited 3 year old granddaughter who was the absolute light of his life, Lucy Ann Conques, his mother Ella Broussard Meaux, his brother Sandy Meaux, sister Delores Dallas and her husband Bob Dallas, sister Janice Ryan and her husband Bo Ryan, brother Robert Meaux, and sister Yvonne Fowler, and numerous nieces and nephews. Jeff was especially close to his sister-in-law and her family including her children he was godfather to, Adonia Pepper, Nicholas Pepper and Elliot Pepper. He was also close with his other godchild, Andre Bellard.
Pallbearers will be Jared Conques, Nicholas Pepper, John O’Brien, Bob Dallas, Murphy Lormand and Elliot Pepper. Honorary pallbearers will be Sandy and Robert Meaux

To order memorial trees or send flowers to the family in memory of Jeffery Meaux, please visit our flower store.