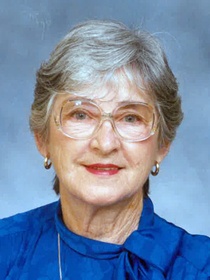 Jenetta grew up in East Texas in the town of Texarkana.  She was an independent soul, having picked up the area’s culture of taking care of their own.  After 91 years of independence, she finally had to rely on her daughter (her only child) due to declining health.  “So one night, ten million fireflies surrounded her.  It melted her heart, she left her body and ascended to a new place.”  At 94, she is now at rest in peaceful repose.  She did not succumb, but chose to continue in the next life.  She was inspired in her life by her Baptist religion, guided by her bible, and followed her understanding of a loving God.  She is in journey - a rising soul.

The family would like to extend special thanks to Hospice of Acadiana, and to her loving niece, Arleen Trant, for her care and support while Jenetta resided in Minden.

Donations can be made in her name to Hospice of Acadiana, or the First Baptist Church of Minden’s Homebound Program.
To order memorial trees or send flowers to the family in memory of Jenetta Doseff, please visit our flower store.