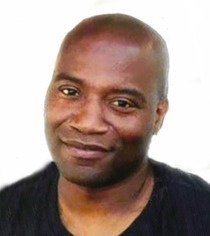 Funeral services will be held at Walters Funeral Home on Saturday, February 4, 2017 at 2:00 p.m. for  Jessie Lee "Jay Jay" Moore Jr., who passed away suddenly on January 26, 2017 at Lafayette General Medical Center. He was 46 years old.

He was preceded in death by his father, Jessie Lee Moore, Sr. and one sister, Mary Louanna Moore.

Jessie was a native of Gulfport, Miss. and resident of Lafayette for 24 years. He was a longtime member of  the Lafayette area Football Officials Association and also a member of CFO West, where he officiated college football games in the Southland Conference. He was employed by Philips Wholesale.

Walters Funeral Home is in charge of funeral arrangements.

To order memorial trees or send flowers to the family in memory of Jessie Moore Jr., please visit our flower store.