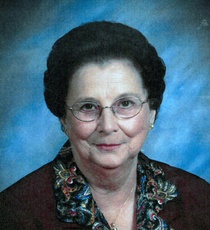 A Mass of Christian Burial will be held at 11:00 am on Saturday, January 21, 2017 in the Sunrise Chapel at Walters Funeral Home for JoAnne Roger Dugas, 84, who passed away January 18, 2017. Father Daniel Edwards, pastor of St. Jules Catholic Church will be the Celebrant of the funeral Mass and will conduct the funeral services. Lectors will be Amanda Begnaud and Ken Rabalais; gift bearers; Tammy Veillon and Shirleen R. Richard.
JoAnne is survived by her husband of 67 years, Joseph Albert Dugas.
She was preceded in death by her parents, Amanda Guillotte and Sadie Roger; eight brothers, Alcide, Alcee, Leopold, Euric "Black", Joseph Pierre, Eric, Andre and Alex Roger; and three sisters, Beulah Richard, Agaladie Foreman, and Birdie Begnaud.
JoAnne was native of Carencro and longtime resident of Scott, La. She worked in retail at Sears department store for many years prior to her retirement.
Pallbearers will be Darrell Richard, John Leger, Dale Roger, Ray Bourgeois, E.J. Naquin, and Joey Richard. Honorary pallbearers include Allen Roger, Ken Rabalais, Joey Picard, Jimmie Roger, and B.J. Gilbert.
The family requests that visitation be held Friday afternoon from 4-9 pm, and resume Saturday morning at 8 am until the time of service. A rosary will be prayed at 6 pm on Friday evening.

To order memorial trees or send flowers to the family in memory of JoAnne Dugas, please visit our flower store.