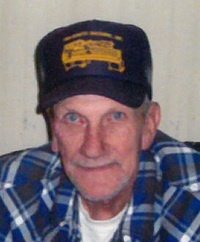 He was preceded in death by his parents, Emelia and Willie Angelle; three sisters, Shirley Mire, Emmeline Duhon, and Patricia Meche; and one brother, Henry Angelle.

In his free time, John enjoyed riding his four wheeler, fishing, and hunting.

Pallbearers will be his sons and L.J. Boudreaux, Honore Angelle, Brad DeValcourt, and Patrick Angelle.

John's family would like to extend its special thanks to Aunt Josie, Scotty, and Tommy.

To order memorial trees or send flowers to the family in memory of John Angelle, please visit our flower store.