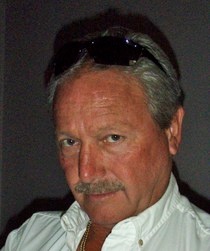 John Wayne Riggins, son of the late Travis "Jack" Riggins and Rose Isaac Riggins, was born on February 24, 1955 in Dudley, Mo. He passed away February 22, 2016 at 60 years old.
Survivors include three daughters, Amanda Riggins Talley and her husband Clinton of Youngsville, Gabrielle and Allie Riggins of Rayville; his loving companion, Lola Roberts of Rayville; one brother, Larry Riggins of Puxico, Mo.; two sisters, Helen Walker and Sarah Aarant, both of Dexter, Mo.; and two granddaughters, Heidi and Alyssa Mae Talley of Youngsville.
He was preceded in death by four brothers, Herman Riggins, Howard Riggins, James "Curley" Riggins, and Ed Riggins; and four sisters, Betty Barker, Lorene Abernathy, Mary Hays, and Joy Hampton.
John was a native of Dudley, Mo. and longtime resident of Rayville. He was a loving father and grandfather to his girls, and took pride in providing for them. He will be dearly missed by those who knew and loved him.
Memorial services will be held Thursday, March 3, 2016 at 6 pm in the Alto Baptist Church, Alto La. Dr. Alan Miller will conduct the memorial service. A short visitation will be held for one hour prior to the memorial service beginning at 5 pm at the Church.
Memorial contributions can be made to St. Jude's Children's Research Hospital or to the Shriner's Club.
Words of condolence may be expressed online at www.waltersfh.com.
To order memorial trees or send flowers to the family in memory of John Riggins, please visit our flower store.