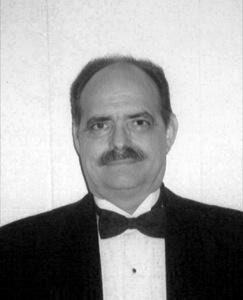 He was preceded in death by his mother, Thelma Pontiff and her husband Roy; his father, John Hubbel; and one brother, Gregory Roberts.

John is a Veteran of the United States Army. In his free time he enjoyed traveling, sitting at his computer, talking on his cell phone with clients, and spending time with his wife and grandchildren.

To order memorial trees or send flowers to the family in memory of John Roberts, please visit our flower store.