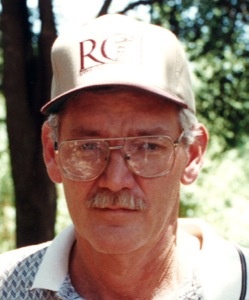 Memorial services will be held on Saturday, December 31, 2011 at 2:00 pm in the Sunrise Chapel at Walters Funeral Home for John Gordon "Johnny" Mercer, 62, who passed away December 28, 2011 at his residence. The Reverend Leslie Dugas, Jr., pastor of Trinity Christian Methodist Church, will officiate the services. Valerie Andrus, organist and soloist, will sing "Here I Am, Lord", "On Eagles Wings", and "The Lord's Prayer".
Survivors include his wife Angela; one son, Jason Alan Mercer of Alexandria; one daughter, Emily Margaret Williams of Lake Charles; the mother of his children, Shirley Sylvester Mercer of Lake Charles; two step-sons, Sean Smith of San Antonio, TX, and Derek Wade Smith of Lafayette; one brother, James "Jimmy" Mercer Jr. of Wetumpka, AL; two sisters, Marilyn Knight of Helotes, TX, and Stella "Susie" Fruge of Eunice; four grandchildren, Natalie Mercer of Henderson, NV, Chloe, Olivia and Will Smith of San Antonio, TX; and Larry and Lorna Hickingbottam, whose son Paul gave Johnny the gift of life ten years ago through organ donation.
He was preceded in death by his parents, James and Margaret Mercer, and organ donor whom he considered his brother, Paul Hickingbottam.
Johnny was a true Louisianian who loved to hunt, fish and garden. He was a hunting and fishing guide for many years in the Lake Charles area.
The family requests that visitation be held on Saturday, December 31, 2011 from 9:00 am until time of service.
Memorial contributions can be made to the Louisiana Organ Procurement Agency, 3545 N. I-10 Service Rd., Ste. 300, Metairie, LA 70002.

To order memorial trees or send flowers to the family in memory of John "Johnny" Mercer, please visit our flower store.