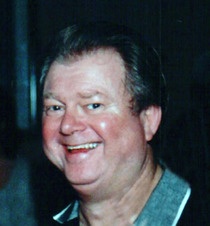 Funeral services will be held on Friday, February 19, 2016 at 3:00 p.m. in the Sunrise Chapel at Walters Funeral Home for Johnny W. Burns, 70, who passed away on Tuesday, February 16, 2016.   Deacon Russell Hayes, Chaplain at Our Lady of Lourdes Regional Medical Center, will conduct the ceremony.

He was preceded in death by his parents, Edna and Johnny Burns, Sr.

Johnny proudly served his country in the United States Army, and was a member of the American Legion Post 69.
He was the Owner/ Operator of Acadian Mortgage Company of Lafayette for 11 years.

Memorial contributions can be made in his name to the Wounded Warrior Project at www.woundedwarriorproject.org/donate.

To order memorial trees or send flowers to the family in memory of Johnny Burns, Jr., please visit our flower store.