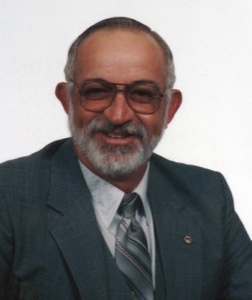 Funeral services will be held at 2:00 p.m. on Tuesday, April 19, 2011 in the Sunrise Chapel at Walters Funeral Home for Johnny A. Huval, 70, who passed away at 9:32 a.m. on Friday, April 15, 2011. Reverend Bill Melancon, pastor of St. Peter Catholic Church, will officiate and conduct the funeral services. Musical selections by Jodi Bollich, organist and soloist, will include, "Amazing Grace," "On Eagles Wings," "How Great Thou Art," and "Psalm 23".

Johnny was born on March 6, 1941 to James and Louise Huval. He was a native and longtime resident of Lafayette, and lived in Many, Louisiana for the past 23 years. In his career, he honorably served the Lafayette Police Department for 24 years, and was the founder of the Union Charter for the City of Lafayette Police Department. He later served as Chief of the Many Central Volunteer Fire Department, and was a first responder and rescue team member of the Many Central and South Sabine Fire Districts. He was also a member of the Knights of Columbus Council #12061, attended church services at the St. Therance Mission in Many, and was a veteran of the United States National Guard.

He was preceded in death by his mother, Louise Marie Grossie.

To order memorial trees or send flowers to the family in memory of Johnny Huval, please visit our flower store.