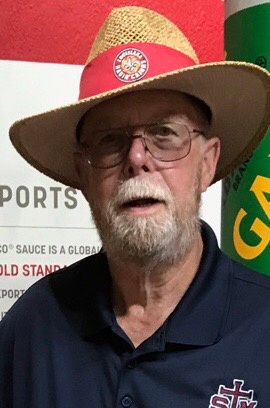 Funeral services will be held at 10:00 a.m. on Monday, August 3, 2020 in the Sunrise Chapel at Walters Funeral Home for John “Skipper” Weaver, 73, who passed away on Thursday, July 30, 2020.  Father Michael Luxbacher will officiate the funeral ceremony.  Inurnment will be in Greenlawn Memorial Gardens immediately following the service.

He was preceded in death by his father, John William Weaver.

He was a doting grandfather, and enjoyed spending time with all of his grandchildren.  John was an avid Ragin’ Cajun supporter, and enjoyed traveling, woodworking, gardening, and making his own home brewed beer, which he would give away to friends and family.

To order memorial trees or send flowers to the family in memory of John “Skipper” Weaver, please visit our flower store.