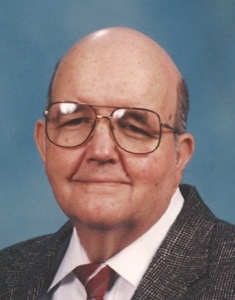 A Mass of Christian Burial will be held on Monday, October 31, 2011, 11:00 am at St. Pius X Catholic Church for John Woodley Melancon, 83, who passed away on October 25, 2011 at Our Lady of Lourdes Regional Medical Center. The St. Pius X Church Choir will sing, accompanied by Karen Melancon, organist. Musical selections are "On Eagles Wings," "Amazing Grace," "Our Father," "J'irai La Vois Un Jour," and "Ave Maria." Lectors will be Mario Melancon and Anthony Melancon, and gift bearers will be Geraldine Dilley and Maurice Melancon. Interment will follow in Calvary Cemetery.

He was preceded in death by his parents Marie Arabie Melancon and Gabriel Melancon; and two brothers, Joseph Clifford Melancon and James Elvoy Melancon.

John was born September 24, 1928 in Vermilion Parish and was a resident of Lafayette for most of his life. He served in the United States Army during the Korean Conflict, and was a member of the American Legion Post #69 and VFW Post #1400. He was active with the Boy Scouts of America as an adult Scout Leader. As a proud Acadian, he participated in the Congres Mondial Acadien, and was a parishioner of St. Pius X Catholic Church. He retired from Cleco after 38 years with the electric company.

To order memorial trees or send flowers to the family in memory of John Woodley Melancon, please visit our flower store.