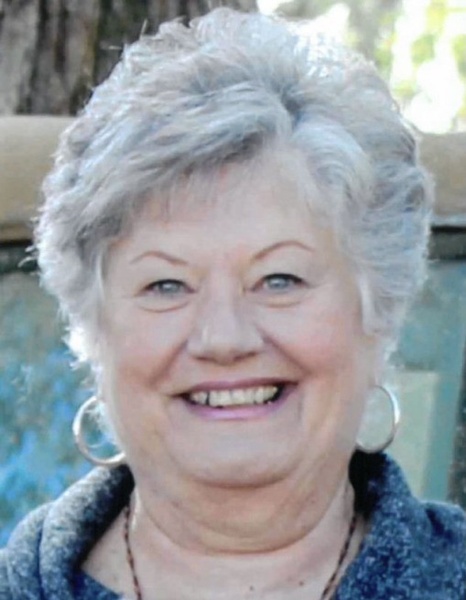 A Mass of Christian Burial will be held on Monday, April 26, 2021 at 4:00 p.m. in the Sunrise Chapel at Walters Funeral Home for Judie A. Gates, 77, who passed away on Friday, April 23, 2021.  Father Howard Blessing will officiate the ceremony.  Interment will be in Calvary Cemetery.

Today a bright light was extinguished.  This source of joy and love to her family and friends made the day better for anyone who was fortunate enough to have her in their world.

Judie Ashy Gates was born March 18, 1944 in Lafayette, LA and was a 1962 graduate of Teurlings Catholic High School. She enjoyed a great career with the Lafayette Parish Sheriff's office until her retirement in 2008.  Only after a year of retirement, she was asked to return as a part-time employee.  This was truly her second family.

She was a beautiful woman and best known for a smile that lit up the room and a laugh that was contagious.  Judie had a passion for life and could make the simplest story entertaining. She loved to dance and had a playful spirit that was evident, especially when she interacted with her siblings.

Family came first.  In 1966, Judie met Ed Gates.  He was the love of her life and they married on June 10, 1967.  They created a loving home for each other and for their daughters, Laura and Julie.  These girls were the center of her world until grandchildren and great-grandchildren arrived.  Judie's home was always filled with fun and fabulous, unforgettable Lebanese food.  She was a constant caregiver and a source of unconditional support and kindness for them and for her friends and family.

While this vibrant woman enjoyed gardening, playing bourre’ and going to the casino were great sources of entertainment.  Both showcased her love of people and her engaging personality, and she never wanted to miss out on either.

Judie Gates was a woman of faith who also possessed a great work ethic.  She will be missed each day by those who were the recipients of her gift of her unconditional love and by those whose days were brightened by her presence.

She is preceded in death by her loving husband of 48 years, Ed Gates, her parents, Mitchell and Adele Ashy, her brother, Ned Ashy, mother-in-law Mary Richards and great grandchild, Elaine Langlinais.

To order memorial trees or send flowers to the family in memory of Judie Ashy Gates, please visit our flower store.