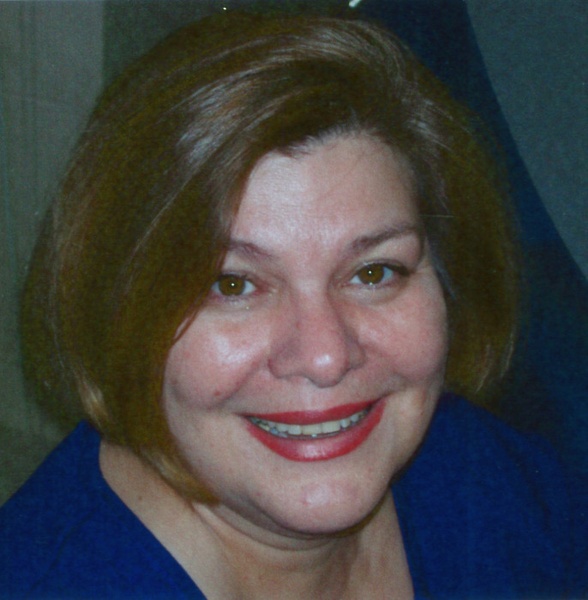 On June 23, 2017, our beautiful Judith passed away, at the age of 63 while hospitalized. She was surrounded by her loving family.
Judith served as past president of the Board of Directors at Faith House of Acadiana.  She had a caring spirit and dedicated her life to the under served, making them her priority
Judith was a 1982 graduate of Charity Hospital School of Nursing in New Orleans.  She worked for many years as a psychiatric nurse in New Orleans, Covington, and Hammond.  Most recently she had been a nursing instructor at the Lafayette campus of Southwest Louisiana Community College. She also served as the Director of Clinical Services for the Lafayette Community Health Care Clinic for ten years.
Judith was a 24-year cancer survivor.  Two of her proudest accomplishments were to walk a marathon to celebrate her five year status of being cancer free, and completing a sprint triathlon in 2006.
Judith is survived by her devoted husband Jeffrey Perez; her siblings Adam Crappel (Bardee), Timothy Crappel (Amy), Richard Crappel (Kat), Jennifer Fabre, and Beth Campesi (Bryan). She was a devoted godmother to her nephews Brandon Crappel and Bryce Campesi, and niece Judith Fabre. She was a special aunt to Adam Michael Crappel, Christopher Fabre, Alexander Crappel, Jewell Crappel Vinson, and Erynn Campesi. She also leaves to cherish her memory her great-nephew Owen Joseph Crappel and great-niece Evelyn Ruth Vinson.
Judith was preceded in death by her loving mother, Margaret Derise Crappel.
Private arrangements have been made for a later date. In lieu of flowers, donations can be made on Judith's behalf to Faith House of Acadiana or Lafayette Animal Shelter.
Sign the virtual guestbook at waltersfh.com.
Walters Funeral Home, 2424 N. University Ave. in Lafayette; (337) 706-8941 is in charge of arrangements.

To order memorial trees or send flowers to the family in memory of Judith Perez, please visit our flower store.