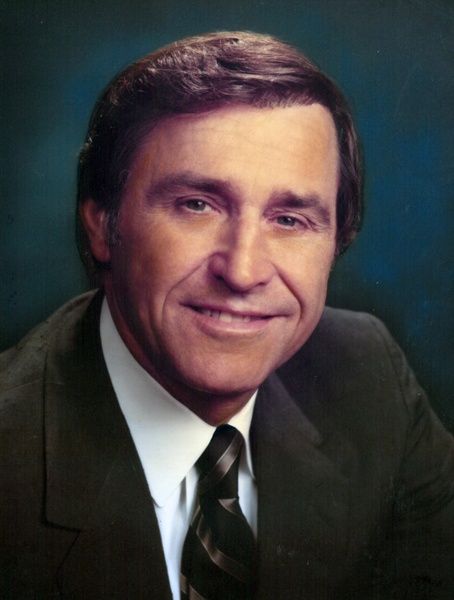 Justin Payne Duke, 86, passed away peacefully in Lafayette on October 14, 2020. A private ceremony will be held on Saturday, October 17, 2020 at Walters Funeral Home. Interment will follow in Greenlawn Memorial Gardens.
Justin was born in Old London, Tex., and lived in Jena, La. where he started working in the oil field as a young boy. He enlisted in the United States Navy at 17 and served for six years as a parachute rigger. He moved to Lafayette in 1967, where he owned and operated Duke Transportation, a successful oilfield trucking company for more than 30 years.
Justin had many hobbies. He spent years motocross racing and playing golf, but his passion was for playing poker. He played at some of the biggest tables in Vegas with the likes of Amarillo Slim, Doyle Brunson, and Chip Reese.
He enjoyed spending time with his children, grandchildren, and wonderful neighbors who always loved to listen to his many stories. He was known simply as "Daddy Justin" to his family, and will be deeply missed for his years of devotion, big heart, and love of life.
Left to cherish the many memories made are his five children, Justin Todd Duke and his wife Tiffany of Lafayette, Stacy Duke Duck and her husband Kevin of Lafayette, JC Duke of Jackman, Maine, Terry Mack Duke and his wife Julia of Rockport, Maine, and Tyler Gwin of Lafayette; seven grandchildren, Jessica Duke, Julia Duke, Dylan Duck, Danni Duck Duhon and her husband Lucas, Mikie Duke, Jake Duke and Lilly Duke; and brother, Ken Duke and his wife Lauri of Breaux Bridge.
He was preceded in death by his parents, Eugenia and JC Duke; one sister, Ann Duke, two brothers, Terry and Lindell Duke; and one son, Jesse Payne Duke.
Pallbearers for the service will be Todd Duke, Mack Duke, Kevin Duck, Dylan Duck, Mikie Duke, Leon Lagneaux, and Lucas Duhon. Honorary pallbearers include Ken Duke and Jake Duke.
The family extends special thanks to Dr. Melanie Mier, Dr. David Daly, the nurses and staff of Our Lady of Lourdes Hospital, Landmark of Acadiana, and The Carpenter House.
Memorial contributions can be made in Justin's name to the Alzheimer's Association at www.alz.org.
Words of condolence may be expressed online at www.waltersfh.com.
Walters Funeral Home, 2424 N. University Ave., Lafayette, LA 70507;  337.706.8941 is in charge of arrangements.

To order memorial trees or send flowers to the family in memory of Justin Duke, please visit our flower store.