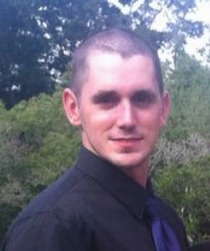 Catholic funeral services will be held at 11:00 am on Monday, May 16, 2016 in St. Peter Catholic Church in Carencro for Justin Craig Viator, 31, who passed away May 12, 2016.
Rev Mark Ledoux, Pastor of St. Peter Church, will conduct the funeral services. George Comeau will be the lector. Interment will follow the funeral in Greenlawn Memorial Gardens.
Survivors include his wife, Megan C. Viator of Carencro; daughter Amelia Viator; step-daughter Ava Fairchild and step-son Jude Fairchild all of Carencro; his father, Craig Anthony Viator (Janet) of Erath; mother, Melissa Guidry (Wayne) of Youngsville; three sisters, Leigh Ann Rinado, Melany Cormier and Miranda Bertrand; and two brothers, Kent Rodriguez and Jesse Viator.
A resident of Carencro, Justin was a loving husband and father and was a member of Masonic Lodge #313. He was employed by KLX Energy Services.
Pallbearers will be Jesse Viator, Kent Rodriguez, Courtney Cormier, Cliff Broussard, Gideon Viator and Jason Pogue.
The family request that visiting hours be held on Sunday from 1:00 - 10:00 pm, and resume on Monday from 8:00 am until time of services.

To order memorial trees or send flowers to the family in memory of Justin Viator, please visit our flower store.