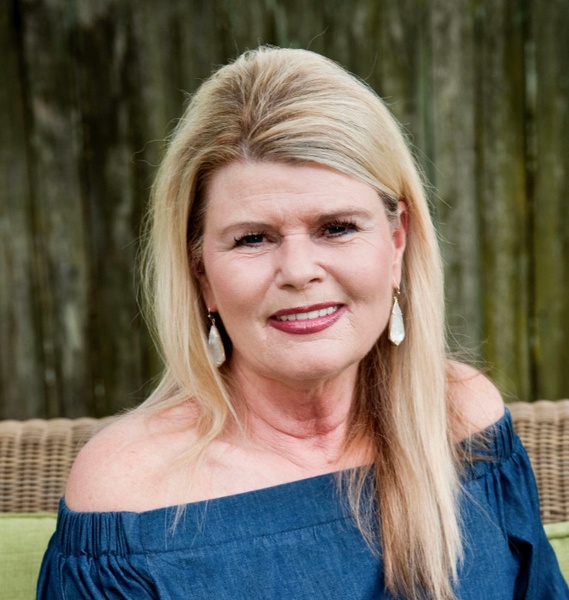 Learning to fly.
Most of us learn to walk, talk, work and make our way in the world.
Kathie Zimmerman learned to fly.
For her, there was no other way.
Born in the Midwest, Kathie’s work ethic was forged by an astute, enterprising oil and gas entrepreneur and a fiery, determined, redhead (her mother was also the daughter of a shrewd oil and gas entrepreneur). Kathie would become an amazing, interesting blend of both … and develop a flair all her own.
The fourth child in a family of five girls, Kathie had no trouble standing out. It was as if she was born unconstrained from the norm. Sometimes that meant going against the grain. It also meant that even when she was following fashion and culture, she did it with her own sense of style that caught the attention of nearly everyone who met her. She was beautiful, that was plain to see. But at an early age, her overt social nature and adventurous desire to befriend others revealed an endearing, inner beauty that would become one of her signature characteristics.
She may have known it as a child, perhaps it came later, but she would integrate diligent skills with fierce familial strength to build a sense of character any superhero would envy. She played knight by day, reversing 1970s biases toward women with an unstoppable ability to turn any job she pursued into a successful career. As a sheriff’s deputy, Kathie didn’t hesitate to accept a position as one of the department’s first female field officers. It was her fearlessness that would make her successful in that role and - when combined with her charming smile and uncanny wit - it would be that sense of courage that would propel her to become one of the most successful media account executives in Louisiana. At The Daily Advertiser, The Acadiana Advocate and the Lake Charles American Press, she set record after record, greeting challenges with a smile and meeting new friends each day. Her grin would open doors and melt hearts but it would be her work ethic that would earn her the enduring respect of everyone from dignitaries and CEOs to colleagues and cohorts.
And for all of her fearlessness there was as much (or more) caring and comfort from her every interaction. Like a honeybee moving from flower to flower, she lit from person to person, carrying small gifts, personal sentiments, prayers and words of encouragement. She inspired countless women to succeed despite any odds. She challenged her children and grandchildren, nieces and nephews, to work hard while remembering to be simultaneously kind and caring. She showed them how to love through hard work and reminded them how important it was to include time to sincerely speak to each other’s hearts. To her sisters and stepbrother, she could be both a loving test and a place of refuge … and often she was both. And her father and stepmother always knew that busy bee was there working on their behalf, finding new ways to care and faith to share.
Kathie was rarely accused of taking the easy route. She built a family. She worked. She struggled. She questioned her decisions at times. And at each weekly mass she found more energy not only to keep going - but to keep flying .
Her independent spirit was never more evident than when she first met her husband Zeke - and avoided him from the start. But she never forgot him and, when years later he managed to fully sway her heart, she gave it to him completely. Together they raised two children (Brittany and Kenny) to understand that the best relationships are filled with challenges and sometimes uncertainty … and it is faith … courage despite fear, that carries all of us through. The lessons she taught through her daily actions would endear Zeke for life and inspire others to emulate the depth of their relationship.
In a world where many of us struggle to figure out how we’ll walk through the challenges of the moment, Kathie would fly through the day. She flew to new heights in a successful career. She flew to the comfort and aid of her children and grandchildren. She flew to the side of her cherished husband. And she flew to thousands of us, disarmed us with her charming grin and touched our hearts with unending encouragement. After all, she was courageous- but not because she was never afraid. She felt fear. She knew it well. And she reminded us with each action that courage is not the absence of fear but rather the faith in ourselves to move forward especially when we are most afraid.
Kathie could have walked through life like the rest of us. But, even though it was scary at times, she chose to fly.

--
Kathie's funeral mass will be held Saturday, November 18, 2017 at 2:00 pm in the Sunrise Chapel at Walters Funeral Home. Father Steve LeBlanc, her pastor at St. Pius X Catholic Church will celebrate the mass. Louise Vincent and Jane Killen will be the lectors; granddaughters Sophie Broussard, Katelynn Franques and Haley Franques will be the gift bearers. Stephanie Hoffpauir, vocalist and organist, will provide the musical selections. Interment will follow the mass in Fountain Memorial Gardens.
She is survived by her husband, Joseph O. "Zeke" Zimmermann; daughter, Brittany K. and her husband Jeremy C. Broussard; son, Kenneth Franques and his wife Shea; father, James South and his wife Cathy; five sisters, Jeanie and her husband Doug Eberts, Becky and her husband Rod Hamilton, Billie Jo and her husband Steve Cormier, Susan and her husband Mike Pompeo, and Patti and her husband Bill Snoody; one step-brother, Brad Justice and his wife Cathie; and six grandchildren, Sophie and Jacques Broussard, and  Katelynn, Haley, Kenny, and  Aralyn Franques.
She was preceded in death by her mother, Joann N. South.
Pallbearers will be Doug Eberts, Rod Hamilton, Bill Snoddy, Steve Cormier, Jim Killen, and Mike Pompeo. Honorary pallbearers include Jacques Broussard, Kenny Franques, Joey Moss, and Dr. Ronald Jenkins.
The family requests that visitation be held Saturday morning from 10:00 am until time of services. A rosary will be prayed at 1:00 pm.
Memorial contributions can be made to the Miles Perret Cancer Services center at www.milesperret.org.

To order memorial trees or send flowers to the family in memory of Kathie Zimmermann, please visit our flower store.