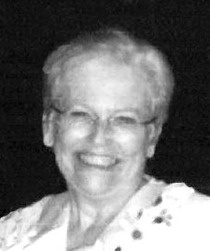 Private funeral services were held for Kathy Marie Richard, 58, who passed away April 7, 2014 at Our Lady of Lourdes Regional Medical Center.
Survivors include husband, Thomas Richard of Many, La., her children, Olivia Richard Tatum (Jerry) of Many, La. and Jason Richard (Kristy) of Many, La.; her mother, Dorothy Staples Nolan of Lafayette; four sisters, Debra Nolan of Lafayette, Janet Richard of St. Martinville, Cindy Ferrell of Katy, Tx., and Betty Mauphn of Many, La.; two brothers, Ted and Tim Nolan of Lafayette; and three grandchildren, Kelsey, Nathan and Caitlin Richard.
She was preceded in death by her father James Burgess Nolan; her son Johnathan Richard and brother-in-law Andrew Richard.
A native of Monroe and one-time resident of Lafayette, Kathy resided in Many for the past 31 years. Along with her husband she was co-owner of Roll On Intercom Rentals. In her free time she enjoyed gardening.

To order memorial trees or send flowers to the family in memory of Kathy Richard, please visit our flower store.