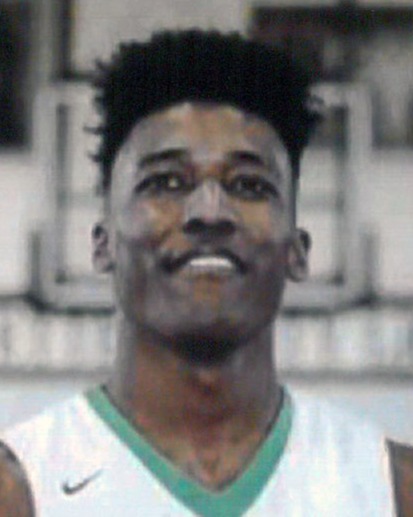 Funeral services will be held at 1:00 p.m. on Friday, December 9, 2022 in the Sunrise Chapel at Walters Funeral Home for Kerrington Nicholas Sam, 22, who passed away on Wednesday, November 30, 2022.  Reverend Herman Caillier will conduct the services.  Interment will in Greenlawn Memorial Gardens.

He was preceded in death by his paternal grandparents, Effie and Lamar Rubin.

Kerrington Nicholas Sam’s journey began when he entered the world on January 11, 2000 in Lafayette, LA.  His personality was apparent at an early age.  He loved people, family, and sports.  Kerrington developed a relationship with God in middle-school and recognized his ability was more than skill, it was a God-given gift.  Basketball was undoubtedly his favorite sport, although he excelled in football as well.

He had an infectious smile, easy-going personality, and considered everyone family.  He graduated from Lafayette High School in 2018 and attended IMG Academy in Bradenton, FL in hopes to advance his athletic career.  Kerrington would later transfer to Spire Training Institute in Geneva, OH to further develop his athletic abilities.  His extraordinary athletic ability, discipline, and coachability afforded him the opportunity to travel all over the country doing exactly what he loved - playing basketball.

He returned home during the Covid-19 pandemic following the Spire Institute’s closing.  During that time, he pursued a path toward entrepreneurship and founded an apparel line that he coined TUFF, and several other endeavors while continuing work on his craft.  He hoped to eventually play basketball in an alternative league.

Kerrington developed a love for race cars and also loved dogs.  He liked old school music and washing his car.  He was a self-described momma’s boy and was often referred to as the kind of guy you would want your daughter to date.

Kerrington will be remembered for living his life with passion, purpose, and the relentless pursuit of his dreams!

Leave online condolences by scrolling down to the Guestbook.

To order memorial trees or send flowers to the family in memory of Kerrington Sam, please visit our flower store.