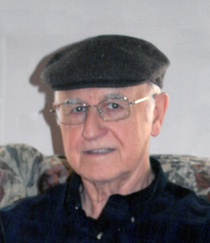 A Mass of Christian Burial will be held Friday, March 27, 2015, 2:30 pm at Sts. Peter & Paul Catholic Church for Larry D. Cook, 76, who passed away March 25, 2015 surrounded by family at his residence in Scott. Reverend Tom Voorhies, pastor of Sts. Peter & Paul Church, will be the Celebrant of the funeral Mass and will conduct the funeral services. Lectors will be Nicholas and Rachel Totaro; gift bearers will be Mr. Cook's grandchildren, Nicholas Totaro, Olivia Totaro and Amelie Cook. Inurnment will be in the Sts. Peter & Paul Mausoleum following the mass.
Survivors include his wife, Kathleen "Kakie" Smith Cook; his daughter Donell Cook Totaro; his son Scott C. Cook and his wife Rachel; one sister, Ruth C. Pitre and her husband Harold; one brother, Kerry L. Cook and his wife Jan; and three grandchildren, Nicholas Totaro and his wife Rachel, Olivia Totaro and Amelia Cook.
He was preceded in death by his parents, Lula and Calvin E. Cook.
Larry was a native of Iberville Parish and retired to Scott in 2008. Upon graduation from Plaquemine High School, Larry enlisted in the United States Air Force, and proudly served his country for four years. He later received his Bachelor's Degree in Liberal Arts/Communication from the University of Southwestern Louisiana, (now UL Lafayette).
For 21 years Larry worked as an Acquisition/Relocation Agent. Notable projects of his career include I-49 in LA, CDOT project on IH25 in Colorado Springs and South Fork, CO, the Super Conducting Super Collider in Ellis County, TX, multiple projects for the Des Moines International Airport, and in Las Vegas, NV for the expansion of Hwy. 95.
Honorary pallbearers include Scott Cook, Kerry Cook, Nicholas Totaro, Michael Pitre, Joseph Handy, and Billy Stovall.
The family requests that visitation be held in the foyer of Sts. Peter & Paul Church from 1:30 pm until mass time.
Memorial contributions can be made in Larry's name to the Lafayette Council on Aging Meals on Wheels Program, 160 Industrial Pwy., Lafayette, LA 70508; or to the Wounded Warrior Project at https://support.woundedwarriorproject.org.

To order memorial trees or send flowers to the family in memory of Larry Cook, please visit our flower store.