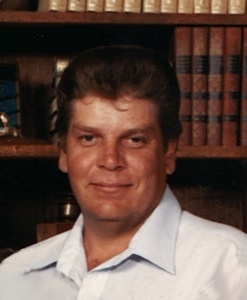 A Mass of Christian Burial will be held on Thursday, September 2, at 1:00 pm at St. Leo The Great Catholic Church for Larry J. Taylor, 57, who passed away on August 30, 2010 at University Medical Center. Interment will take place in Lafayette Memorial Park.

Father John deLeeuw will officiate the ceremony. Jodi Bollich, organist, will sing "Amazing Grace," "How Great Thou Art," "On Eagles Wings," and "Our Father."

Larry was born on November 21, 1952 and was the third of twelve children born to Lee and Yula Taylor. He attended Northside High School and worked as a tool pusher for Halliburton Energy Services.

Preceeding him in death was his father, Lee K. Taylor; one brother, Mark A. Taylor; and one sister-in-law, Connie LeBlanc Taylor.

The family requests that memorial contributions be made to Hospice of Acadiana, 2600 Johnston Street, Lafayette, LA, 70503. Online condolences can be given at Waltersfh.com.

To order memorial trees or send flowers to the family in memory of Larry Taylor, please visit our flower store.