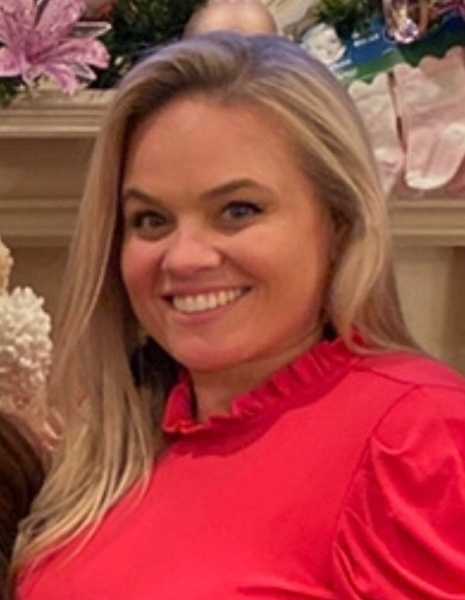 She was preceded in death by her sister, Allison Walters;  her paternal grandfather, Art Walters, Sr.;  and her maternal grandparents, Alma Maxwell Braud and Dr. Ellis Braud.

Lauri was born in Baton Rouge to Art and Bonnie Walters on January 12, 1978, but was a lifelong resident of Lafayette. A 1996 Lafayette High School graduate, she was a member of Key Club, Beta Club, and served on the yearbook staff. Lauri was the ideal homemaker, a devoted mother, and was a well-respected coach in the local soccer community. She had a love for cooking and often prepared several meals at once during her time spent in the kitchen. Her children, and many of their friends, loved her tasty rice dressing the most and often found her hospitality refreshing. Lauri was her children’s biggest fan, a second mom to many, and a thoughtful, loving aunt to her niece. She was a lover of coffee, Christmas, chitchat, and gift-giving. She was a fitness enthusiast and took pleasure in her daily workouts. She was sentimental, yet humorous and outgoing, and possessed a contagious laugh that could be heard around the world. Lauri took over a room with her beautiful smile. She owned a forgiving heart, in addition to a sweet, yet spicy, personality. She was characterized by her sheer resilience, witty comebacks, and great perseverance. Lauri indelibly impacted many kids and parents in her time spent coaching soccer. Many found her to be a significant influence on and off the field. Of all the hats she wore, Lauri was overjoyed with her grandmother role. She delighted in playing and laughing with her granddaughter, Millie. She loved her ”LaLa” bragging rights, but it was Millie’s smile that she boasted most about. Lauri touched many lives with her cheerful spirit. Her ability to love deeply, serve others, influence greatly, and her enthusiasm for life serves as a foundation for the exemplary life she led.

To order memorial trees or send flowers to the family in memory of Lauri Bodin, please visit our flower store.