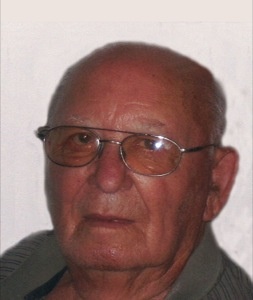 A Mass of Christian Burial will be held Friday, February 15, 2013 at 12:00 p.m. in the Sunrise Chapel at Walters Funeral Home for Lenius Paul Veillon, 85, who passed away peacefully February 13, 2013 at his residence. Father Brian Taylor, pastor of St. Genevieve Catholic Church, will officiate the mass and conduct the funeral service. Lectors will be Jacob Matt and Michael Matt; gift bearers will be Christy Trujillo and Amanda Landry; and Blaine Heinen will serve as Eucharistic minister. Valerie Andrus, organist and soloist, will perform "Be Not Afraid", "Ave Maria" (en Francais), "Jesus Is My Shepherd", "J'irai La Vois Un Jour", and "Old Rugged Cross".
Survivors include his wife, Glory Dee Ardoin Veillon; two daughters, Cynthia Veillon Matt and her husband Michael of Lafayette, and Jennifer Veillon Jolly and her husband Tommy of Lafayette; two sons, Kim Paul Lucien Veillon and his partner Marty Thibodeaux of Lafayette, and Scott Anthony Veillon and his partner Toby Bouillion of Dallas, TX; five grandchildren, Jacob Matt, Ryan Matt, Amanda Matt Landry, Christy Howerton Trujillo, and Stacy Howerton, Jr.; and nine great-grandchildren, Isabell, Jack and Emily Matt, Spencer and Cameron Vizinat, Staci and Greyson Howerton, Joshua and Miguel Trujillo, III, and Jacob Landry.
He was preceded in death by his mother Rena Ardion Guillory, his father, Lucien Veillon, and Johnny Veillon.
A native of Point Blue and resident of Lafayette for 85 years, Lenius enjoyed the bounties of living in South Louisiana and all it had to offer. He was a hunter and fisherman, and particularly loved to hunt doves. He was often called the "Turtle Man" because he was quite efficient in catching turtles. In his free time he was involved in the Ville Platte Tournoi, which is a competition similar to jousting held in conjunction with the Cotton Festival.
Lenius was a private investigator for the District Attorney L.O. Fusilier and the Bill Broadhurst Law Firm, and a Louisiana State Trooper under the Governor Edwin Edwards Administration. He was also a parishioner of St. Jules Catholic Church in Lafayette.
Visitation hours will be held on Friday from 10:00 a.m. until time of service. A rosary will be led by Holy Cross Rosary Group at 11:30 a.m.
The family would also like to extend special thanks to Southern Care Hospice, the nurses and staff on the 8th, 2nd, and 6th floors of Lafayette General Medical Center, and the doctors who were involved in his care.

To order memorial trees or send flowers to the family in memory of Lenius Veillon, please visit our flower store.