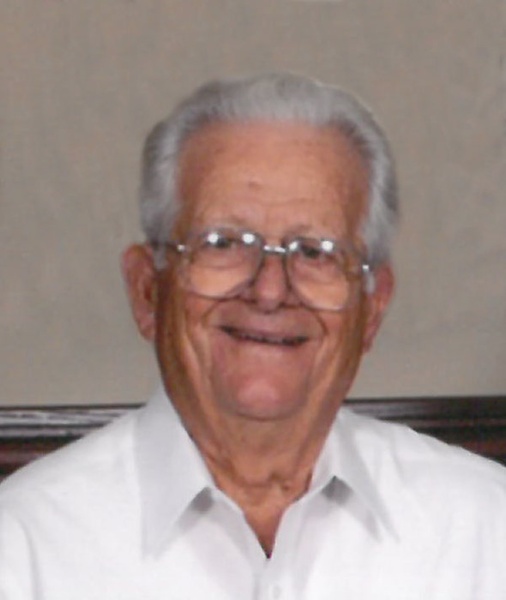 A Mass of Christian Burial will be held Friday, October 20, 2017 at 11:00 am in the Sunrise Chapel at Walters Funeral Home for Leseuse "L.J." Begnaud Jr., who passed away October 17, 2017 at his daughter's residence in Loreauville. He was 94 years old.
Father Gary Schexnayder will be the Celebrant of the funeral mass and will conduct the funeral services. Kathy Causey will be the lector; gift bearers will be Mia, Aubree, and Laine Judice. Jeanne Stiles will provide the musical selections. Interment will follow the services in Greenlawn Memorial Gardens.
Survivors include his daughter, Donna Dugas and her husband Blaine of Loreauville; two grandchildren, Laine (Brady) Judice of Loreauville, and Justin (Ashley) Dugas of New Iberia; and four great-grandchildren,  Payton, Mia, and Aubree Judice, and Wyatt Dugas.
He was preceded in death by his wife, Edna Mae Begnaud; his parents, Judith and Leseuse Begnaud, Sr.; one daughter, Loretta Trahan; and two sisters, Hazel Hayes and Gertrude Thomas.
L.J. was a native of Carencro and resident of Lafayette for most of his life. He was the owner/operator of the Conoco Gas Station on University Ave. for over 40 years.
L.J. proudly served his country in the United States Army during World War II, and was a member of the Carencro VFW organization.
Pallbearers will be Justin Dugas, Payton Judice, Blaine Dugas, Brady Judice, Pat Cormier, and Shane Thomas. Honorary pallbearers include Robert Speyrer, Gene Stelly, Richard Speyrer, Gary Speyrer, and Carl Speyrer.
The family requests that visitation be held on Thursday afternoon from 5:00 - 9:00 pm, and resume Friday morning from 9:00 am until time of services. A rosary will be led by Barbara Pierre at 7:00 pm on Thursday evening
Memorial contributions can be made to Heart Of Hospice, 1100 Bertrand Dr., Lafayette, LA 70506.
Words of condolence may be expressed online at www.waltersfh.com.
Walters Funeral Home,  2424 N. University Ave., Lafayette, LA 70507; 337.706.8941 is in charge of arrangements.

To order memorial trees or send flowers to the family in memory of Leseuse "L.J." Begnaud, Jr., please visit our flower store.