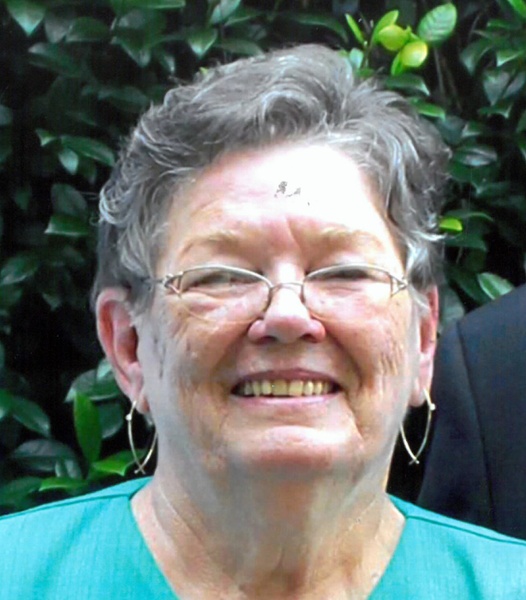 Oklahoma native Lois Ann Riley passed away on June 24, 2019 at her home, surrounded by loved ones.
Born on January 11, 1945 to Berry L. Anderson and Juanda L. Cole, Lois Ann Riley (Anderson) was their only child. She was spoiled terribly by her father who was known to many in the oilfield as "Andy", but was always "Daddy" even when Lois became a grandmother herself. She was a stunning beauty in her youth and married young by today's standards. A devoted wife, she dealt with the hardships of a difficult marriage by raising a family as best she could. Her two sons, Berry Edward Riley and Brent Patrick Riley were a "pain in her butt" as she was quick to tell you, but her love for them was never questioned. She showed it to them in many different ways, for instance, her cheering at youth football games-- cheering that became legendary in the annals of SLYSI football lore. She became accustomed to sitting alone at the games because of the volume of her cheering. Many a lineman were inspired to "BLOCK!!" Though quiet in her last days, her sons and their teammates will forever remember her gargantuan voice.
She truly came into her own when she decided to go back to school to become a nurse. She accomplished this at night and proceeded to work the night shift because it allowed her to be home for her boys, who by now were teenagers in little need of her day to day care, but again, her devotion won out and she was always there for her children. This type of care was extended to the patients she tended to. She developed lifelong friends with the colleagues she worked with, and while it would be nice to remember all of them here, we do not want to single any out as all were remembered by her fondly even to the end. She recounted several tales of their exploits to her sons in her last few weeks.
As for Lois, the mother and mother-in-law, the qualities she inspired us to strive for are not lost. The eight grandchildren, three step-grandchildren, four step great-granddaughters she is survived by are living up to them. She is remembered as a quick-witted, if at times foulmouthed, grandmother who could tell a story or a joke with equal zeal. From tales she shared with her daughter-in-laws about cooking or travel or raising two crazy boys; to the stories of cattle prods, or fishing, or haircuts as a reminder to the grandchildren they couldn't pull one over on her! Each comes with a smile remembering the laughter they all had listening to them. Allison, Michelle, Ashley, Aaron, Blake, Anderson, Bryce, Aidan, Adam, Andrew, Victoria, Katie, Dane, Riley, Carter, Leighton, and Sarai will miss her dearly.
Brent and Berry will miss you, Mom. We are comforted in the fact that you are no longer in pain and the ravages of cancer no longer hold sway on you. Please look in on us from time to time and pray for us. Our hearts, though heavy, rejoice that you are with your mother and father again.
We've tried to maintain a good accounting of how she was thought of by those that knew her. And have probably failed to convey it properly. For that, please accept our apologies. Our hearts are leaden and trying to remember the impact of someone as special as "mother" is more difficult than it seems. With that in mind, the Riley family asks that you hug your loved ones a little tighter today, soften your look, and hold their hand. You will ache for the chance to do that once more.
According to Mom's wishes no services will be held, and her family will take her cremated remains back to her homeland to be buried. She asked that memorial contributions be made to fund cancer research at http://giftfunds.stjude.org/loisannriley.

To order memorial trees or send flowers to the family in memory of Lois Riley, please visit our flower store.